A Short Hike: a short and carefree walk

During a short vacation on a paradise island, little Claire has to go to the top of a mountain to find a telephone signal and then be able to call her mother. From such a simple opening start a couple of hours of pleasant outings in the nature of a peaceful and friendly island, where there are no enemies, but only potential help to reach the summit.

Released over a year ago on PC, A Short Hike finally made its Nintendo Switch debut on August 18th, where it launched as console temporal exclusive. On the occasion of this new release, its single developer Adam Robinson-Yu has also made small additions such as the presence of an optional boat section. This is part of some content, such as the fish hook, which was added to the base title after the original release, and it is not excluded that more will arrive in the future given the open nature of the game.

The boat sections are an addition to the Nintendo Switch version

The premise of A Short Hike is indeed very simple: you explore a small but dense island in a completely free way, the final objective with which the game ends is clear from the beginning and you could almost go directly there, were it not for the power-ups, that is the feathers gold, increase the flying and climbing powers of the winged protagonist. Collecting at least some of these feathers becomes therefore necessary to complete the title, but how to succeed in the objective is left entirely to the discretion of the player and his exploration of this. mini sandbox.

The pleasure of every single minute spent with A Short Hike is given by a perfect combination of excellent controls, interesting exploration, many secrets and adorable dialogues at Animal Crossing, with the anthropomorphic animals that populate the island. Continuing the exploration they unlock different abilities, which we will not spoil given the brevity of the entire game, each well integrated and fun to master. Waving, gliding and climbing are activities whose handling recalls that of the best Nintendo platformers, with a truly commendable interaction between character and scenario. Very slight spots on the splendid picture are the camera, which does not always do its duty perfectly by getting stuck during some perspective changes, and the controls of the boat which absolutely require some correction.

Artistically, A Short Hike is a little gem. The graphic style low-poly it is mixed with a filter pixel art adjustable in intensity to create a look that personally reminded me of The Legend of Zelda for Nintendo DS, but updated to 2020. Saturated colors, natural and harmonious lights, sharp contour lines and simple patterns combine to create a graceful paradisiacal picture also from animations full of personality.

Small gems such as binoculars in the scenery allow you to enjoy many of the details poured into the creation of this island which also offers a good variety of scenarios. The soundtrack is pleasant, without sincerely impressing, in its accompanying the short adventure giving the right amount of emotion when gliding for the first time.

I played A Short Hike for about 3 hours with a personally purchased copy on Nintendo Switch. 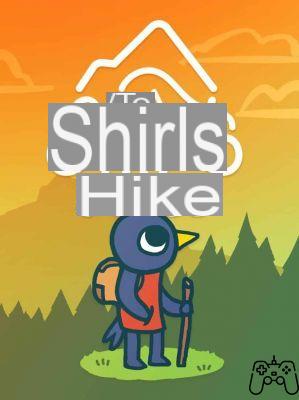 Playing A Short Hike is exactly like spending a pleasant late summer afternoon in the mountains, watching the sunset without thinking about the next day. The couple of hours required to see the final credits are among the most pleasant and full of joy that a video game has given in this 2020 and are absolutely worth the modest asking price.

A very pleasant low-poly style combined with a pixel-art filter creates a retro video game image updated to 2020 with excellent colors and lighting.

Without surprising or being unforgettable, the soundtrack and effects accompany the action effectively. Too bad for the total lack of the Italian language even in the texts.

A relaxing and carefree, yet engaging couple of hours, spent exploring a tiny but rich island with a perfectly controlled flying protagonist.

Did you like the article? Share it!
Audio Video A Short Hike: a short and carefree walk
How to get Meowth Balloon to fight Jessie and James in Pokémon Go ❯

add a comment of A Short Hike: a short and carefree walk