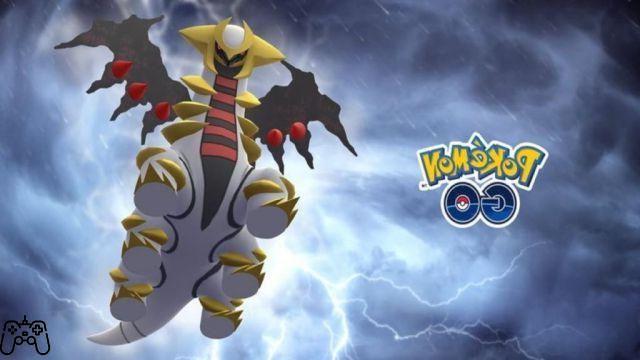 Halloween has arrived, and with it, a five-star raid for Pokémon Go which is an excellent resource for players who are on the hunt for a powerful Legendary Pokémon. From 12 to 22 October, Altered Forme Giratina will be the protagonist of five-star forays. We recommend that you bring a friend or two with you to defeat him. This guide analyzes the weak points of Giratina in altered form and the best Pokémon to counter them in Pokémon Go.

All the weak points of Giratina in altered form

Giratina is a Ghost and Dragon-type Pokémon, making it weak to Dark, Dragon, Fairy, Ghost, and Ice-type attacks. He is a durable fighter capable of having a sturdy defense with a decent attack, but he is not as powerful as his Home Form. Take advantage of this advantage by using Pokémon that don't have the best defense to make solid and powerful attacks against it during the raid.

The best Pokémon to counter Giratina in altered form

The best Pokémon you can use to take out Giratina in altered form will be Garchomp, Zacian, and Mega Gyarados.

Garchomp is a Ground and Dragon type Pokémon, capable of being a powerful asset to you during this battle. Garchomp has a series of extremely powerful Dragon-type moves, which give him the best chance of dealing heavy damage to Giratina, but he has plenty of defenses to keep himself upright during combat. The best move set to give Garchomp is the fast moving dragon tail and the moves loaded with outrage and earth power.

The next Pokémon you want to consider using is Zacian in its Hero form, the legendary Fairy Pokémon. While relatively new to Pokémon Go, it was featured in several five-star raids not too long ago, making it an ideal asset to this battle. During these battles, the best set of moves to give Zacian is the quick move growl, and the charged moves play a rough and wild charge.

The last Pokémon we will recommend is the mega evolution of Gyarados, turning it into a Dark and Water type. Like all mega Pokémon in Pokémon Go, all allies receive an attack buff in its presence, increasing the chances of defeating Giratina. Mega Gyarados is also a powerful Pokémon in its own right, capable of doing a lot of damage to Giratina. The best moveset for Mega Gyarados is the quick bite and crunch and aqua tail charged moves.

You will need to use a full team of six Pokémon against Giratina in altered form. These are the other Pokémon we highly recommend you consider during this raid.

After defeating Giratina in altered form, you will have a chance to catch him to add this Legendary Pokémon to your collection.