In the guide that we propose today, we will explain you in detail how to unlock Aegis costume in the fantastic Assassin's Creed Syndicate videogames. Before we go and see all of this, we would like to bring a mini review of this hugely popular game just for you. 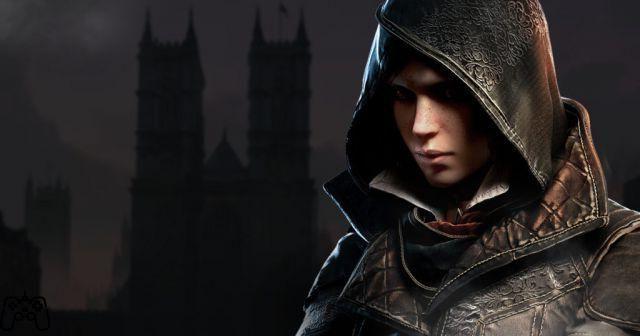 Cheats Assassin's Creed Syndicate PS4 - Xbox One - PC: let's see together how to unlock Aegis's costume, here's what you need to do

Assassin's Creed: Syndicate turns out to be a videogames designed at Ubisoft quebec and consequently published by Ubisoft. We are in front of chapter number nine of the beloved serie Assassin’s Creed. It is possible to buy it for the respective platforms: PS4 from Sony, Xbox One from Microsoft and PC.

The game is completely set in London, year 1868, in a Victorian era full of crime. The new protagonists present in Assassin's Creed Syndicate they are the very nice and shrewd brothers Jacob and Evie Frye, who will have to try in every possible way to guide in the best possible way the popular revolution that broke out due to oppression by the wealthy-wealthy industrialists. An adrenaline-pumping adventure that will keep you glued to the screen for several hours.

The gamer will also have the great opportunity to pilot his own gang at will, among other things you can find a new and intriguing arsenal: you can use everything and more, starting from brass knuckles, animated stick, revolver, dagger. Kukri up to the inevitable and beloved hidden blade. The novelties are not finished, also a rope launcher will be available placed in the wristbands of the protagonists Evie and Jacob which will be useful for climbing houses as quickly as possible.

The two characters in Assassin's Creed Syndicate they can both be used by the gamer, who can choose which one to use during the adventure, in fact there are many secondary missions and obviously the main ones.

Evie it is mainly suitable for a more stealthy approach within missions and, for this reason, it has a number of weapons that do not make noise compared to its brother, such as throwing knives very useful for killing guards from a distance. Jacobunlike her sister, she acts on impulse without thinking with her head, preferring by far an aggressive and not very stealthy approach. You will therefore see the character struggling with brawls between the Rooks and the different bands in the title, during which Jacob he will fight mainly using hand-to-hand combat, while Evie will be more inclined to avoid clashes, preferring to take out enemies in stealth, silently.

We would also have to tell you the plot, but we don't want to ruin anything. Having said that, let's move on now to see how to unlock Aegis costume in Assassin's Creed Syndicate.  First of all it must be absolutely reported that the costume worn by Evie turns out to be quite powerful, these are the features it makes available:

If you are really interested in the Costumes we strongly advise you to take a look at the video below:

As detailed in the movie for the Evie costume it is imperative to find all the music boxes and then bring them to the Crypt of Reuge. Once you have found all the Carillon and places in the Crypt - as you can perfectly see in the video above - the safe will open as if by magic and you can finally take the longed for. Aegis costume for Evie to wear.

If you have any doubts or encounter any problems, do not hesitate to write to us.

Assassin's Creed Odyssey: How to solve the riddles of the Sphinx

Assassin's Creed Origins: Guide to the 25 Papyri, find and solve them