Bright Memory, the review of the title developed by FYQD

When approaching independent productions such as Bright memory, we often tend to forget how challenging it is to develop a video game without having a publisher behind you. The difficulty of working with a small team of people, however, can also prove to be a source of income, by limiting extra expenses to a minimum and allowing you to divide the economic income more comfortably. In the case of the aforementioned Bright Memory we are faced with something even rarer: a product designed, developed and distributed by a single person.

Created by a Chinese guy who calls himself FYQD, this adrenaline-pumping FPS certainly represents not an arrival, but a starting point for his career. After the public success of Bright Memory, in fact, the developer has decided to create a sort of high-budget reboot / remake, called Bright Memory Infinite and scheduled for a generic 2021. Waiting to know if FYQD will succeed in its business, we are here today to evaluate your first work, take the exit (uscita) exclusive console for Xbox Series X | S at the launch of the new Microsoft platforms.

THE PASSIONS OF A LIFE

Once pressed on the button to start a new game, the player will immediately find himself catapulted into the action. The protagonist of Bright Memory is Sheila, a member of the SRO (Science Research Oranization) who oversees research on the supernatural. Following the terrorist action of a handful of men, Sheila will find herself on a (short) adventure in Antarctica, in an attempt to find out what the plans of a mysterious organization are.

We do not hide it from you: the plot of the title developed by FYQD is chaotic, unclear and told in a simplistic way to say the least. The steps that lead the protagonist to face her own journey are only vaguely hinted at and even Sheila's own psychology has not been able to fully convince us. Despite the duration of just over half an hour, in fact, we are sure that it would have been possible to present the situation and the absurd world building of the game in a better way. What the player will find in front of him is a character who, apparently for no reason, will be led to move from point A to point B, facing different situations along the way.

The feeling is that of dealing with a title that is not only extremely derivative, but also stuffed with ideas and designs from the passions of its developer. The result is a narrative sector that appears as a collage of ideas, little amalgamated with each other and not at all captivating.

SHOOT THAT PASSES YOU

Turning to the playful point of view, we are faced with an FPS in some ways similar to the much better known Shadow Warriors. Alternating the guns with our trusty sword and Sheila's skills, in fact, will be essential for reaching the credits. Despite the presence of only three weapons, it is undeniable that the developer has managed to convey good feedback within the shootings. The gunplay works and, while not at the highest levels of the genre, it does its job by entertaining and amusing for all thirty minutes of play.

However, any other surrounding element takes care of heavily lowering the playful quality. The platform sections are barely mentioned, the menu is nothing short of school and the entire HUD fails to react responsively to game situations. Added to this are some gameplay elements, such as the presence of two QTEs, that are used once and forgotten soon after. Also totally useless are the sequences with the grappling hook, the use of the torch and the possibility of crouching, mechanics that are taught to the player and then do the same end as the Quick Time Events and disappear into thin air.

We report the presence of seven collectibles, scattered around the reduced game map and which, once collected, we will not be able to view anywhere within the game menu. Menu which, as already mentioned, is dramatic from all points of view. If the skill-related part may seem simply empty, it's with the settings that the first problems arise. The porting of Bright Memory, in fact, consists of the same graphic setting of the PC version, with a lot of "X" in the windows to be able to close the various tabs. The annoyance increases when we find ourselves using the controller lever to move around the screen as if it were a sort of mouse, going to put our hands on the quality of the shadows, textures and all those details typical of computer productions.

Better optimization work would undoubtedly have been welcome.

From a technical point of view, Bright Memory presents itself with ups and downs. The glance is certainly good and it is scary to think that it is a product made by a single person. It is impossible not to notice, when you go to see the title in detail, how the 3D models are not particularly successful and how some textures are excessively washed out. A problem that wouldn't be so serious, were it not that the artistic sector of the title leaks from all sides. The design of environments and enemies is not only uninspired and derivative, but it is completely unable to fascinate the player. Once again, we also see how the developer has brought some of his passions into the game, mixing the undead of Dark Souls with the military of Quantum Break. The result?! A mess of creatures and environments completely detached from each other.

Slightly different speech for the soundtrack, which we found successful and able to emphasize the gameplay, but that in the short time it takes to complete the adventure never really gets off the ground. The icing on the cake are a few tearing effects and some sporadic frame drops, but these are details that do not further damage the gaming experience.

Bright Memory is a prototype that, if refined and completed, could give life to an interesting title. Right now, however, it is a scholastic and immature product, unable to compete with what the real gaming market has to offer. The cost of eight euros also makes these thirty minutes of play a recommended purchase only for those who want to find out what can be developed without the support of other professionals. At the same time, moreover, it allows us to understand why to create a complete title it is necessary the presence of specialists such as Narrative Designer and Concept Artist, fundamental for obtaining a quality work. Let's hope Bright Memory Infinite succeeds where this first experiment failed.

We played Bright Memory on Xbox Series X thanks to a code provided by the publisher, taking advantage of all the graphics settings calibrated to maximum power. 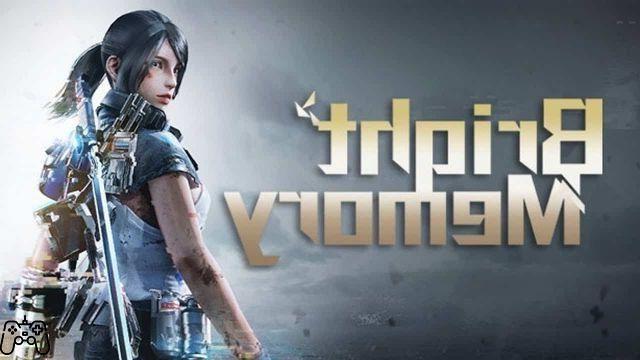 From an aesthetic point of view, Bright Memory presents a discreet glance, then marred by the detailed analysis of every single element. The 3D models are barely sketched and the animations of the enemies do not appear particularly accurate and refined. A pity that the artistic sector, necessary to amaze and excite, is not at all up to par. Enemies and environments, in fact, appear amorphous and little characterized, lowering the general quality of production.

The Bright Memory soundtrack, while not surprising, manages to emphasize some moments of the game and entertain for the duration of the adventure. Duration which, unfortunately, is extremely short and which, consequently, prevents the soundtrack from emerging and shining. Very similar speech also as regards the dubbing, characterized by a good range of voices, but unable to enhance the dialogues that are minimal and negligible to say the least.

From a playful point of view, Bright Memory behaves in a fluctuating way. If the gunplay does not surprise and does not upset, resulting perfectly in the average, the same cannot be said of the management of skills and game menus. The title developed by FYQD, in fact, suffers from an excessively scholastic setting, without identity and unable to emotionally involve the player. To make this even more evident, moreover, there are the numerous mechanics only hinted at and never really developed during the adventure. We hope that the developer takes note of the obvious problems, to refine everything and produce the title that Bright Memory could seriously become.

Did you like the article? Share it!
Audio Video Bright Memory, the review of the title developed by FYQD
How to get Sigilyph and the best Movesets in Pokémon GO ❯

add a comment of Bright Memory, the review of the title developed by FYQD