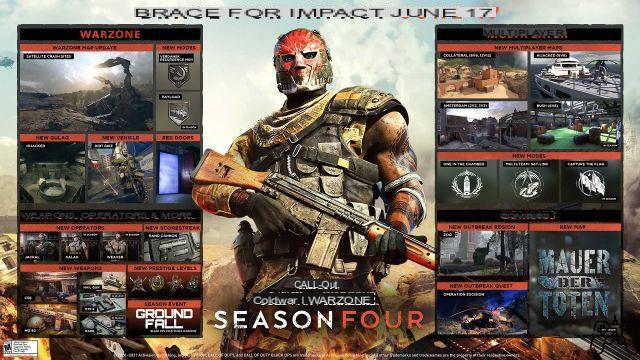 Did you think Activision would rest and be happy with Call of Duty Warzone's success this year? The publisher is on track with the release of Call of Duty 2020. With a positive result in quarterly earnings and a franchise that acts as a million dollar generator, it's no surprise that a new CoD game is coming so soon.

Many have thought that after the release of WarzoneActivision it could skip the annual version of Call of Duty to make the free-to-play title stand out even more. However, during a recent investor call, Activision revealed that they won't be resting in their glory with Warzone. Instead, the company will release Call of Duty 2020 this fall, after all. Coddy Johnson, adviser to CEO Bobby Kotick, says:

"The franchise has never been in a better position for growth and there is much more to come, including entirely new experiences in the Modern Warfare universe. In the fourth quarter of this year, a new premium version of Call of Duty which is already arousing excitement in our playtests. "

Activision acknowledges that the Warzone stepping store is set to make the franchise flourish. Consequently, it will serve as a hub for fans to come together between the major titles. Narrative director Taylor Kurosaki has stated that Warzone will be the constant. This constant "connects all the different Call of Duty sub-franchisees". Basically, there will be a Warzone for each upcoming installment or update to fit each game's theme.

Call of Duty 2020 could likely see a multi-generation release as the PlayStation 5 and Xbox Series X launch during the holiday season. For the moment, we have a question. What will Call of Duty 2020 be? Is this a new addition to Black Ops? Is this a new series? Rumors want the former to be the correct answer, although we'll have to wait a little longer to be sure.

Audio Video Call of Duty 2020 will be released this year despite the success of Warzone
Can you turn off EXP sharing in Pokémon Sword & Shield? ❯