It looks like Call of Duty: Warzone's Battle Royale will finally arrive tomorrow. Understandably, many fans will want to preload Warzone so they can play the new mode as soon as it hits. This is particularly crucial as the download size for Warzone is quite large.

The size of Modern Warfare updates is a meme at this point, and even if you have a fast internet connection, preloading could take hours. The good news is that the mode may have already been loaded at least partially right under our noses. 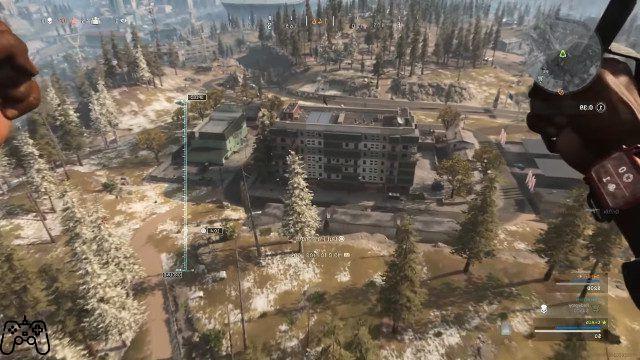 Activision will not allow Warzone downloads until 8:00 am PDT. This means there are no pre-loads for the game. However, there are some indicators that at least some of the new mode may already be installed and is just waiting for an update to activate it.

In the last month, information about the battle royale mode has been leaked. Some of these came not from data mining, but from players accidentally noticing the Warzone menu. This indicates at some point, at least some of the data for the new mode has been added to the game. In fact, some of those gigantic updates we've seen for the game in recent months may have included sections of the new mode.

Since parts of the mode are already installed, the Warzone update download size is no larger than a typical Modern Warfare patch. Activision says the update is 18-22GB depending on the platform.

However, if you're thinking of using the free-to-play version of Call of Duty: Warzone, you're looking for 83-101GB downloads. The free version of the mode will not be available until 12:00 PDT, which grants Modern Warfare owners a small period of exclusivity. So if you're going to play for free, get your PC or console ready for a big downtime the next day.

Audio Video Call of Duty: Warzone Preload | What is the size of the Warzone download?
Xbox Game Pass? Everything you need to know ❯

add a comment of Call of Duty: Warzone Preload | What is the size of the Warzone download?