Cuphead it is the point of arrival that all the gamers of the 80s / 90s aspired to in imagining how the two-dimensional graphics would improve over the years. The Moldenhauer brothers in fact tried to create a title that resembled as much as possible an interactive cartoon, succeeding in the enterprise. The project, however, is not only affected by videogame stylistic influences, but also cartoon and musical, becoming a fascinating product, in which a retro aesthetic is mixed with solid playability.

The protagonists of the story are two brothers with the bizarre appearance of a cup. Like many characters in an animated feature film, their anthropomorphic appearance becomes the expression of a creative character design, which starts from a simple subject and then makes it immediately recognizable and iconic.

Not a small result, considering that the prolific platform videogame industry had begun to inflate its imagery with too many animal mascots or anonymous heroes, in the late 90s.
The plot begins when these two characters get into trouble by getting into debt with the devil who owns the casino where they went to play dice. In order to get away with it and pay off their obligation without losing out, they are given an alternative: to defeat those who got into debt before them, thus becoming debt collectors. Too bad that those to whom they must turn are definitely prone to a violent, as well as picturesque, resistance.

We are in a cartoon world, as colorful as it is evil. Antagonists have evil features that distort the innocent look they should have. The result is a harmonious contrast between the characterizations and the aesthetics. Here then is that the princess of a world of sweets shakes her fist threateningly against ours, as a beater would do, a tender giant flower smiles sadistically as she tries to ball them using acorns as if they were bullets and so on.

The entire graphic engine is also modeled on hand-drawn and well-animated backdrops and characters, also adding effects to simulate worn cellulose films. The general effect is precisely that of playing an interactive cartoon, reaching the state of the art for this type of videogame production.. The music draws on jazz and ragtime to create an accompaniment that is as evocative as the graphics, referring to cartoons such as Betty Boop, Steamboat Willie (in which Mickey Mouse made his debut) and others of that period. The artistic direction of the whole game is therefore based on taking elements derived from other contexts, and then mixing and reworking them to produce something original.
In this also the playability is not far behind, as Cuphead is clearly founded on an iron knowledge of Mega Man and Contra and on the same principle of "trial & error". Both titles that have in common a high level of difficulty and a mixture of platform and run & gun phases. In fact, the characters can jump, use an aerial sprint, fire shots depending on the weapon equipped and use a special evasive maneuver, with limited use.

In this case, however, the challenge has been raised beyond the normal, making it very engaging and demanding for experienced users, as well as angular and frustrating for novices. In fact, those who expect a smoothness comparable to that of Metal Slug, here instead will find a much more rigid and punitive progression. Once the life points are exhausted, it is not possible to continue and move forward, you are sent back to the starting point of the level and to complete it you must accumulate a practice and perfect knowledge, to make it with the equivalent of a single credit. The choice is due to the fact that much of the adventure is based on defeating about thirty bosses, therefore the presence of continues would have simplified things too much and reduced longevity. So, however, there are no half measures, creating an experience that could be indigestible to many. In fact, the starting idea was that Cuphead was based only on boss battles and only after the project was sponsored by Microsoft some horizontal scrolling levels were added, more similar to the classic run & gun.

This subsequent change is in fact quite evident in the game design, since the platform levels are separate from those with the bosses, as opposed to how it happens in this genre of game.

There is a clear break between the two phases, also underlined by the lower number of sliding sections. A fracture is therefore created in the rhythm and progression with respect to the bosses integrated at the end of an area as in the aforementioned Slug, Mega Man or Contra. But considering the enormous work done on the graphics, the indie nature and the declared intent to focus on battles against intriguing enemies to fight, this deficiency only precludes full excellence in evaluation. Cuphead is an exquisite cake that lacks only the proverbial icing, but whose absence does not affect the whole.

Cuphead is a run & gun playable in single, but also in local co-op for two. The high level of difficulty can be difficult for those looking for a 2D title similar to a platform with more relaxing rhythms, for those who love challenges instead there will be a lot of bread for their teeth. The game is digitally distributed on Xbox One and PC (Steam, GoG.com) 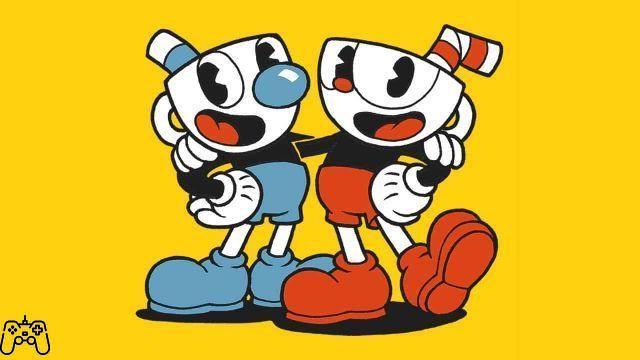 Cuphead's graphics are state of the art in hand drawn games. The meticulous care inserted in each screen makes even a still image something wonderful, the animations are no less. The 30s cartoon style is definitely inspired and well reproduced and reinterpreted in some places.

Also musically behind Cuphead there is a call to refined sounds such as jazz and ragtime. The soundtrack goes hand in hand with the setting perfectly.

The playability is solid thanks to a precise reactivity of the controls, otherwise it would not be possible to overcome the complicated battles against the bosses. However, the difficulty remains perhaps too punitive, which could discourage those interested in a run & gun to play even just lightheartedly, like Metal Slug.

Did you like the article? Share it!
Audio Video Cuphead
Resident Evil Village, a dark fairy tale in the service of Capcom ❯