Genshin Impact is causing a stir and millions of players have already downloaded the free-to-play action RPG. It is available on a multitude of platforms, including PC. However, unlike most new games, Genshin Impact's controller support on PC is strangely implemented. Here's how to enable gamepad support on PC and whether or not you can remap the controls. 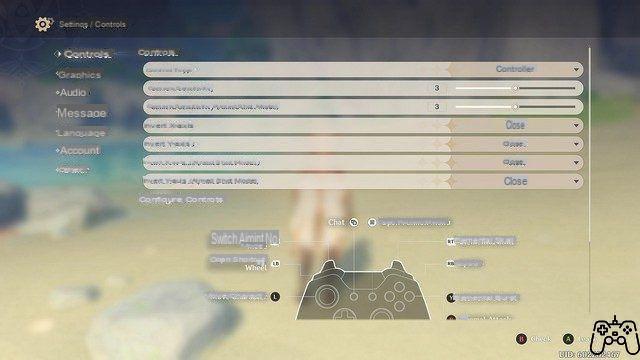 When launching the game on PC, you may be alarmed when the controller is not working in the main menu. Most new games support XInput, which automatically recognizes compatible controllers. Genshin Impact, on the other hand, has either compromised its implementation of the XInput API or uses an alternate method to collect controller input.

To get past the Genshin Impact splash screen, you need to use a keyboard and mouse. After the opening cinematic has finished and the game has begun, you can access the options menu and choose between keyboard / mouse and controller input in the Controls menu.

Unfortunately, Genshin Impact doesn't support controller remapping on PC at all. You're stuck with a layout, which is incredibly irritating because it's not standard.

If you're used to A as a confirmation and B as a void on your Xbox One controller (or X as a confirmation and O as a void if you're using a DualShock 4), you're out of luck with Genshin Impact. Unfortunately, the game uses the Japanese standard, which, while familiar to Switch owners, will be annoying to many. It is not difficult to get used to, but it is a pity that there is no possibility to adapt it.

For now, if you're going to use a controller, you'll have to tackle the atypical layout. Perhaps the remapping will come to the PC version of Genshin Impact in the future, but there are no guarantees.

add a comment of Does Genshin Impact for PC support controller and remapping?