The next version of Fortnite for PS5 will be slightly different than some players might expect - it won't be an updated PS4 build of the game. Rather, Epic Games has created a customized version of the game that allows it to “take full advantage of the power of the new hardware”.

The PS5 version of Fortnite will be better than the Xbox Series X. 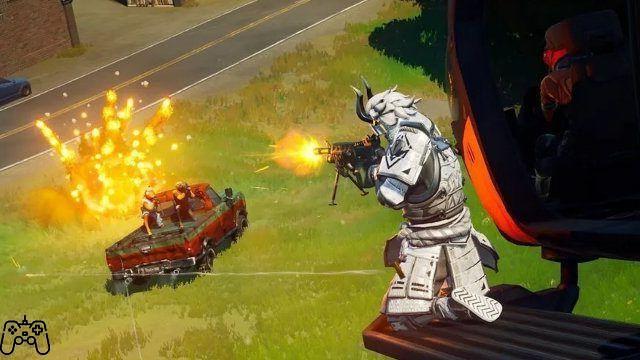 One of the most surprising revelations of the last few days has been that the PS5 version of Fortnite will have some advantages over the Xbox Series X version. In terms of graphics, both the PS5 and Xbox Series X versions will run in 4K resolution and 60 FPS. The differences, however, boil down to a few unique features of the PS5. The PS5 Activity feature will allow players to easily queue for battle, but some of the more interesting improvements are a result of the DualSense controller features.

The trigger feedback will give players the same "real stamina" they would experience using a real gun. For weapons such as the bow and minigun, DualSense will use its “sustained feedback” feature to allow players to feel the resistance of a bow's drawstring or the minigun's trigger.

The most surprising new piece of information, however, is that the PS5 version of Fortnite isn't simply a port of the PS4 version with updated graphics. Instead, Epic Games created a "tailor-made" version of the game to make the most of the PS5 hardware. While the PlayStation blog post details these next-gen features doesn't mention Xbox Series X, it's likely that Epic Games has also created a custom build for that console.

What does this mean for Fortnite PS5 players? A simple port of the PS4 version may not have provided players with the best possible performance in terms of graphics, framerates and loading times. The creation of a customized version of Fortnite for PS5 by Epic Games allows the game to have the best possible performance, making the next generation version of this Battle Royale one more reason to move to the next generation of consoles as soon as possible.