The original Call of Duty 4: Modern Warfare featured one of the most iconic missions from the game campaign in "All Ghillied Up". When combined with the ability to equip ghillie suits in multiplayer, the new form of full camouflage quickly became a fan favorite. Many will be pleased to know that there is a Modern Warfare ghillie seed returning to Activision and the 2019 Infinity Ward reboot, however, they may be less impressed with learning how it was acquired.

How to unlock the Ghillie Suit in Modern Warfare 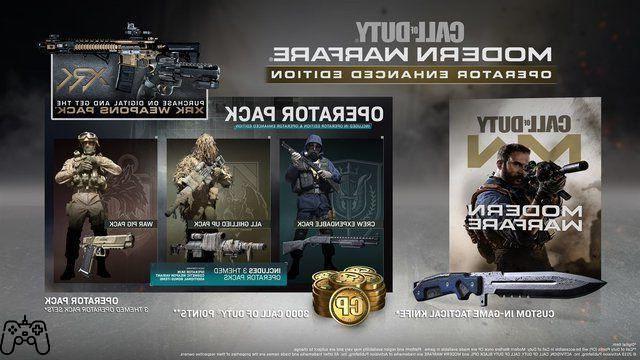 To access the "All Ghillied Up Pack" and use the classic ghillie suit in Call of Duty: Modern Warfare (2019), players must have purchased one of the title's premium packs. Both the Operator Edition and Operator Enhanced Edition of the game feature the ghillie suit as a bonus, so you'll need to shell out a little extra cash if you want to blend into your surroundings more effectively.

ALSO: Secret weapons of modern warfare | How to get RPK, MCX, M16 and more

If you've opted for the standard edition, it's currently not possible to purchase a version upgrade, which has led some community members to accuse Modern Warfare of being "pay to win" on Reddit. Players wearing the premium ghillie suit are said to have an unfair advantage by being "very hard to see" when leaning or crouching on heavily vegetated maps such as Hill.

In many previous Call of Duty games, ghillie suits were unlockable in the multiplayer suite through gameplay only. This time around the move to a paid acquisition was not welcomed, although, on the other hand, many of those who shelled out on Modern Warfare Operator and Operator Enhanced Editions are pleased to see that their investments have been worthwhile.

For now, if you haven't purchased one of the premium versions of the game, you are unfortunately out of luck with regards to getting your hands on Modern Warfare's ghillie suit. Previously, however, there was something called "operator enhanced upgrade" listed on the PlayStation Store, which means it is possible that this deleted item may come back in the future and fix this annoying issue.

add a comment of Ghillie Suit Modern Warfare How to unlock