Ghost of Tsushima: A beautiful postcard from Japan, but without a real soul

Not far from The Last of Us Part II, the last great Sony exclusive arrives on PlayStation 4 before the next generation of consoles.
From the cities of Infamous to Japan in the late 1200s, Sucker Punch completely changes setting proposing an Open World title with excellent conditions and aesthetically inspired.
Fantastic from an artistic point of view, in fact, unfortunately it denotes several flaws in the management of missions and especially in artificial intelligence, which do not allow the American developer to leap in quality.
In a very similar way to what I did for Final Fantasy VII Remake, I decided to do a "hybrid" review focusing mainly on the video part: 35 minutes of chat supported by some gameplay footage, no spoilers and an in-depth evaluation. If you want to appreciate the photos I took during the game, at this address you will find my photo gallery instead.

Below is the video review, more below the features of the game and the final vote!

I played Ghost of Tsushima on PlayStation 4 Pro, with a code provided by Sony. 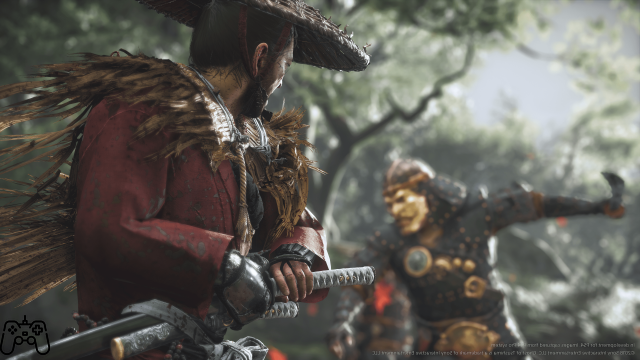 Dubbing in discreet Italian, the best is the Japanese one in terms of lip and "involvement". Inspired music that accompanies the topical moments of the adventure, discreet sound effects.

There are many things to do, discrete writing and adequate duration. Unfortunately, the school artificial intelligence and part of the revisable missions make the gameplay uninspired and flat. Sometimes fun and dynamic, sometimes boring.

Did you like the article? Share it!
Audio Video Ghost of Tsushima: A beautiful postcard from Japan, but without a real soul
The Bakugan Solution: Battle Brawlers ❯

add a comment of Ghost of Tsushima: A beautiful postcard from Japan, but without a real soul