That the launch of Google Stadia has been one of the saddest of the last few years in the entertainment industry, I think it's out of the question now. That the American giant is aiming and investing some money and a bit of workforce to improve the situation, seems to be equally true but as years and years of consoles and marketing battles have taught us, the difference is often made. games.

And games, including proprietary productions, represent a huge problem for the service made in Mountain View so much so that the choice, I would say obliged, was made to load all the expectation of the launch on the shoulders of Tequila Works, the small Madrid studio known to most for RiME, which this time instead responded to the appeal by publishing GYLT.

Times were tight and for Google it was important to get out on the market as soon as possible, trying to anticipate the competitors and amaze most of the users. The mere fact that the first public conference dedicated to the service took place six months before the launch, should give us a dimension of the reduced timing for the release of a platform which, to all intents and purposes, is to be considered postponed to 2020. It should not astonishing therefore the absence of great exclusives or AAA productions commissioned by Google - at least for now, of course - nor the desire to load the weight of a launch, albeit in beta, on a single independent production.

The service needs improvement, but what about the games?

So, after having stressed the service a bit with Destiny 2, we got our hands on GYLT to try to understand what the first Stadia exclusive had to offer. The game, quite simply, is a third person adventure starring a little girl named Sally, who wanders through cities and dark environments desperate for his missing cousin named Emily. The concept behind the product, although inflated, immediately seemed interesting and well-finished, with details and contexts written to try to tell something more about the game world, sometimes through diary pages and books scattered around the map. of game.

Furthermore, as you proceed in the short adventure (which will hardly keep you busy beyond five hours of play, ed), a second narrative line appears increasingly clear and less nuanced which would also like to play the role of the main theme of the story or the Bullying. A courageous material for an entertainment product but which, unfortunately, is not faced with the right force and ends up remaining in the ether, smoky for most of the time or hidden behind some not particularly clever design choices.

The progression in the game is in fact excessively divided, without particular nuances, thus ending up dividing one phase rather clearly than the next. And therefore everything ends up reducing itself to the most classic of exploration, enigma and enemies alternations, never as exciting and fun as we would have hoped for. Although the structure and design of the levels seemed to us to be well-finished and even original, on every occasion we lack the sense of inadequacy and danger that we would have liked to experience in some situations (as Little Nightmares marks us instead).

Tell me a story but don't forget the gameplay.

Even if Rime in his heart he aimed to fascinate the player with his very personal mix of settings and narration, the same cannot be said of GYLT which, obviously, from the point of view of the game system does not shine either for originality or even less for fluidity and the consistency of the animation system. The young girl protagonist of the adventure can in fact count on an attack, useful for repelling enemies, and on a battery-powered torch necessary both to illuminate our path and to defeat certain monsters. The rest is a mixture of moves, interactions or particular situations that do not leave much to the player, just as the narrative progression set up since the prologue does not fully convince.

Finally, the graphics sector, for what is in effect the first game only available on Stadia, we are not sorry and in the course of the adventure we ended up forgetting over and over again that we are actually playing a title performed on who knows what. machine on the other side of the world. The charm of being able to resume the game at any time, even on an Apple laptop - notoriously anti-gaming - with no saves to keep, updates or patches to install, it's really priceless.

Developed by Tequila Works - known to most for RiME - GYLT is a little horror-hued adventure currently available exclusively on Google Stadia. 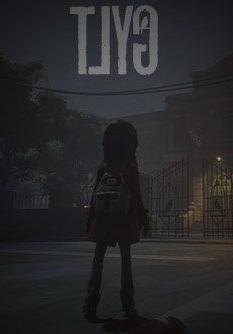 GYLT alone cannot justify the purchase of a console, a platform or a service but we already knew this and it is certainly clear even in the offices of Google. Unfortunately, however, the title does not reach and does not even come close to the relatively high peaks touched by the other two productions of the studio, proposing an all too classic and banal game system, settings so captivating and intriguing in almost every aspect but poorly told and therefore badly exploited in the course of the adventure.

The style is interesting but does not shine in practically any juncture for the creativity or courage of the developers in terms of the search for originality.

Engaging sound sector, especially in moments of greatest 'tension', with well-chosen sounds and effects. The dubbing could have been more refined but it still seemed expressive enough.

Too many keys for a few trivial interactions. Animations and possibilities reduced to the bone, for an overly standardized gameplay.

Did you like the article? Share it!
Audio Video GYLT, darkness envelops the first Google Stadia exclusive
How to beat Aaron in Pokémon Brilliant Diamond and Brilliant Pearl ❯