How to beat Jessie and James in Pokémon Go: counters, weaknesses, tactics, and more 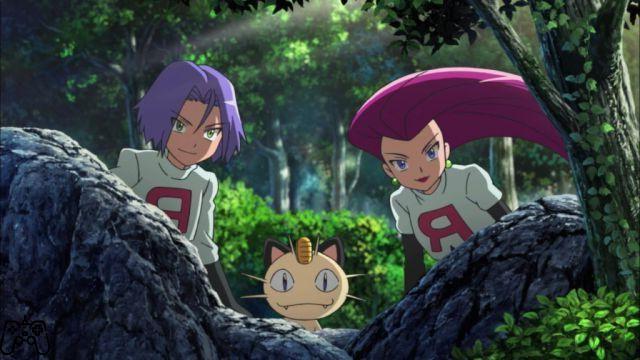 Jessie and James arrived at Pokémon Go using a Meowth balloon, alongside traditional Team Rocket balloons, you may find it floating around you. Interact with the Meowth balloon, just like you would with normal ones. Instead of a grunt from Team Rocket, leader or Giovanni, you face off against Jessie and James, the dynamic duo from the Pokémon anime and TV show. They both have a couple of Shadow Pokémon to use against you, and you have a chance to save them. You have to fight both of them, and they have an Ekans and Koffing for you that can potentially be brilliant.

1st choice: Ekans and Koffing. You have to fight both of them, and they start every battle with these two, guaranteed. Both are Poison-type, making them weak to Psychic and Ground-type attacks.

2st choice: Jessie has Scyther and James has Sneasel. Scyther is a Bug and Flying type, which makes him weak for Electric, Fire, Flying, Ice and Rock type moves. Sneasel is a Dark and Ice-type Pokémon, making it weak to Bug, Fairy, Fighting, Fire, Rock, and Steel-type attacks. You probably want to focus on a Fire or Rock-type Pokémon to fight them.

3st choice: Jessie has a Bagon and James has a Beldum. Bagon is a Dragon-type Pokémon which makes it weak to Dragon, Fairy and Ice-type attacks. Beldum is a Steel and Psychic-type, which makes him vulnerable to Dark, Fire, Ghost, and Ground-type attacks. When fighting the latest Pokémon for these two, you probably want to lean towards using a Fire or Dragon-type Pokémon.

Fighting Jessie and James won't be too easy because you fight them back to back, first fighting Jessie and then James. But the reward is the ability to capture their shadow Ekans and Koffing respectively. Jessie will use Ekans, Scyther and then Bagon against you, followed by James using Koffing, Sneasel and Beldum. You want to fight a Pokémon that can first unleash a psychic-based attack and then a Fire or Ground-type attack shortly thereafter. An excellent choice for your Pokémon team includes the use of: Garchomp, Alakazam, Darmanitan, Metagross, Zekrom, Rhyperior, Gigalith, Reshiram, Heatran or Tyranitar.

Any of the above choices will serve you well in defeating Jessie's Pokémon. Many trainers have reported that taking out these two is relatively simple and is similar to fighting a Team Rocket grunt, but still worth preparing.

Audio Video How to beat Jessie and James in Pokémon Go: counters, weaknesses, tactics, and more
Where to find Machop in Pokemon Brilliant Diamond and Shining Pearl? ❯

add a comment of How to beat Jessie and James in Pokémon Go: counters, weaknesses, tactics, and more