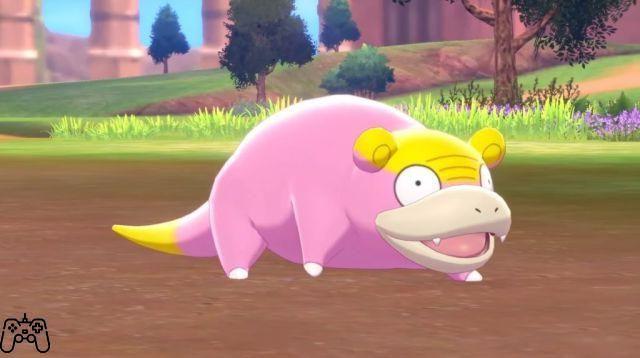 Pokémon Sword and Shield have Galarian Slowpoke join the game as a free update. There is a specific way to evolve this unique Slowpoke to make it evolve into a galarian Slowbro.

First, you need to make sure your game has been updated on the Nintendo Switch to add Galarian Slowpoke to the game. After the update, fly over Wedgehurst Station in town between Routes 1 and 2. Walk inside the station to trigger the event to receive the Pokémon. If you have Sword you will talk to Klara, and if you have Shield you will talk to Avery. The Galarian Slowpoke enters during the trade. You will have a chance to fight him and then capture him.

While you can train and try your new Slowpoke Galarian until the Isle of Armor expansion arrives, you won't be able to turn it into Slowbro or Slowking. We do not know the exclusive items you will need and how to receive them. When we do, we will update this guide to reflect this information.

Audio Video How to evolve the Slowpoke Galarian into Slowbro Galarian in Pokémon Sword and Shield
Fortnite Gold Bars | What does gold do? ❯