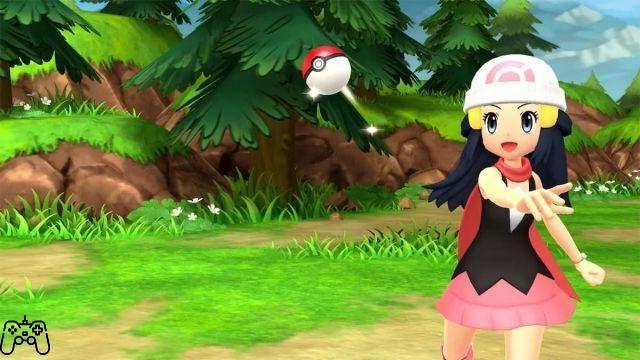 In the early days of Pokémon, you could only carry six Pokémon at the same time. Any other catches went straight to your Pokémon Box, which was only accessible via PCs located in Pokémon Centers. While you can still only have six Pokémon on your team at any given time in Pokémon Brilliant Diamond and Brilliant Pearl, one way Generation IV remakes differ from their inspirations is that you can now access your Pokémon Box from virtually anywhere. allowing you to mix up your party whenever you feel like it. However, you won't be able to do this right away.

To unlock the Box Link feature, you'll first need to earn the Coal Medal by defeating Oreburgh City's gym leader, Roark. Your next goal will be to return to Jubilife City, where you will meet Professor Rowan and Dawn, who are approached by two Team Galactic Grunts. After defeating them, the Pokémon Box system administrator, Bebe, will approach you and connect your boxes, allowing you to access your Pokémon Boxes from anywhere.

From now on, you no longer need to visit a Pokémon Center to access your excess Pokémon. Simply open the menu with the "X" button, select "Pokémon" and then press "R" while viewing your Pokémon to access your boxes. With this feature, you can customize your group's lineup at any time, which can prove especially useful if you're having trouble with an otherwise difficult gym or opponent.