How to get Galactic Phantom 094 in Pokémon Unite 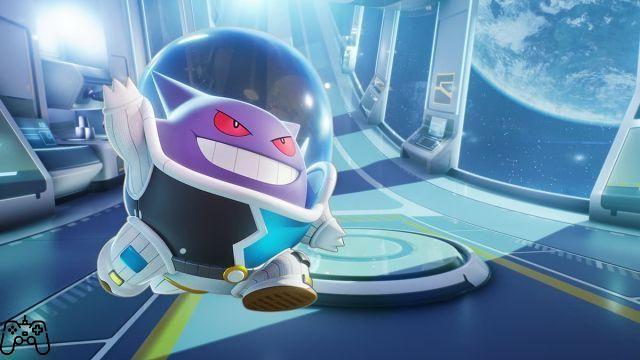 To partner with the mobile launch of Pokémon Unite on September 22, the MOBA has unveiled a number of new features, including Super Item Enhancer, Unite Squads, and more. But in terms of new cosmetic options for Pokémon and trainers, the most exciting announcement was Galactic Ghost 094: a Holowear space suit skin for Gengar. The Galactic Ghost 094 Holowear also features special in-game animations and sound effects, such as Gengar exploding in a rocket when he returns to base.

Achieving these objectives earns you points which increase the level of your Battle Pass. Each new level has a different reward, starting with a Holowear for Lucario and continuing to include new Trainer Outfits, Item Boosters, and Aeos Coins. Galactic Ghost 094 is the final reward of the Battle Pass campaign, at level 60.

Daily missions are often very easy to eliminate, for example "play a ranked match 1 time", which should earn you about one level per day on your own. However, the Battle Pass season ends on November 7, which means players need to keep an eye on the weekly and seasonal missions if they want their Gengar to wear a spacesuit. Fortunately, simple actions like logging in every day are rewarded on these long-term missions as well.

Unfortunately, unlike Pokémon Unite's daily events, a full Battle Pass is purchased with Aeos Gems, which can only be acquired by spending real money. This means that the best rewards from the Battle Pass, including Galactic Ghost 094, are behind a paid wall.

Audio Video How to get Galactic Phantom 094 in Pokémon Unite
Minecraft Iron Double Doors 1.14 | How to build with Redstone ❯