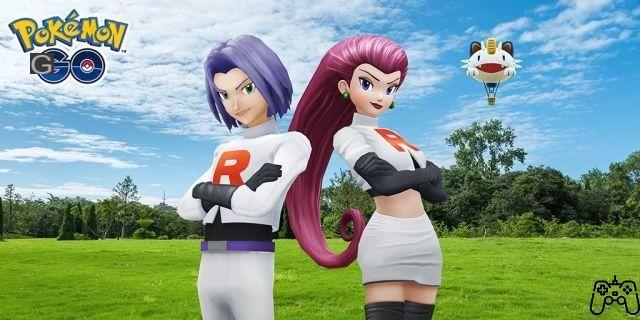 Alongside the latest Team Rocket balloons appearing in Pokémon Go, there is a brand new option that can be viewed at any time. Some players have encountered a rare Meowth balloon and, by clicking on it, have the chance to take on Jessie and James, the dynamic couple from the Pokémon anime and TV show. Rumor has it that these two showed up, but it is now confirmed that you can meet and fight them in the game.

Unfortunately, for the Meowth balloon to appear on you, it's a random possibility. There is no direct way to make this happen. It looks very similar to the other Team Rocket balloons, where they appear floating above your character and you can interact with them. When you see a Meowth balloon and touch it, instead of Team Rocket Grunt, Leader or Giovanni talking to you, it's Jessie and James.

These two will have their own set of Shadow Pokémon to save, just like the other members of Team Rocket. You have a chance to save these Shadow Pokémon, with their potential choices as brilliant variants. You can also choose free outfits for your Pokémon Go avatar from Jessie and James' remarkable outfits from the original TV show. These are available for free in the shop.

Audio Video How to get Meowth Balloon to fight Jessie and James in Pokémon Go
Is the GTS in Pokemon Brilliant Diamond and Brilliant Pearl? ❯