How to ping enemies in Call of Duty: Warzone

Coordination is key when it comes to winning Call of Duty: Warzone matches. The battlefield is filled with items, equipment and weapons, not to mention the hundred other players trying to make it out alive. It's wise to point out any hostiles you might see, and the easiest way to do this is to learn how to ping an enemy. Fortunately, the system has been made as simple as possible.

Warzone | How to ping enemies 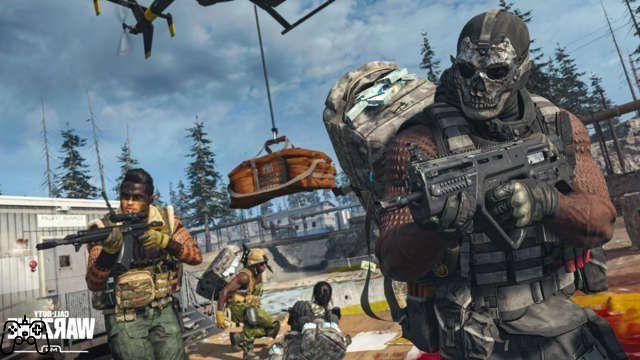 To ping an enemy in Warzone, focus the crosshair on the target, then press the Ping button. This is on the controller's D-Pad or left Alt on the PC. If you ping an enemy, a red indicator will appear above their head, identifying them as a target.

ALSO: How to perform finishers in Call of Duty: Warzone

However, ping in Warzone can be used to indicate more than enemies. It can be used to highlight any location within the game, such as a silent path or potential hiding place. Using it to highlight items will display an icon of that item, which is useful for indicating equipment or weapons for your teammates. You can even place a marker on certain areas using the Tac Map.

Pinging also allows you to indicate potential enemies or enemy positions. Even if you don't see another player directly (or can't place your sights on them), you can highlight hostile forces by pressing the Ping button twice. The same red marker will appear that is placed over the reported opponents, identifying the position as dangerous.

It is important to ping enemies in Call of Duty: Warzone. Your squadmates need to know as much as possible about the hostile forces, including their location. Pinging is also a clever way to highlight any type of interesting object or location, especially weapons. The more your teammates know, the better their chances of survival will be.

How to update Call of Duty: Mobile for season 13

How to get the Modern Warfare Tomogunchi (Tamagotchi Watch)

add a comment of How to ping enemies in Call of Duty: Warzone