Jump Force, the review of the fighting game All Star

I literally stripped the title (on Normal difficulty), on my PlayStation 4 Pro 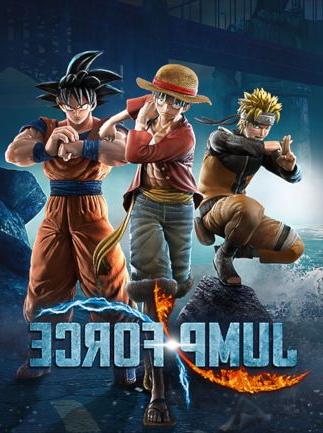 One of the main negative points of the whole production is certainly represented by the technical sector: if you want to give a (huge) applause for the representation of the many techniques of the many characters and the fidelity of the latter (without looking at them carefully, however) to the their "real" counterpart, the same cannot be said for elements such as polygonal modeling, the rendering of environments and stability in general. The title, albeit accompanied by HDR, is not really surprising but rather suffers from numerous problems, ranging from pop-ups, frequent lag and all too marked and recurring aliasing.

One of the most successful things of the whole production is precisely the audio: the background music that accompanies the clashes is fairly catchy, but what really left us with a smile on our lips is the dubbing (only Japanese), in which it is It is possible to recognize the same original voices of Son Goku, Naruto, Luffy, Ichigo and all the other protagonists of Jump Force. A commendable work, from this point of view.

Although simplistic and far from the competitive aims of other exponents of the genre, the gameplay of Jump Force just fails to be memorable: we are faced with an excessively chaotic and frenetic product, in which, often, the winner is whoever manages to press several keys at the same time. , not to mention some really questionable choices (see the interruptions to super techniques and the like). A real shame, but all in all the game manages to entertain, especially if you have no particular aims in this regard.

Did you like the article? Share it!
Audio Video Jump Force, the review of the fighting game All Star
The best moveset for Palkia in Pokémon Go ❯

add a comment of Jump Force, the review of the fighting game All Star