Just got the Nintendo Switch? Ten essential titles to play 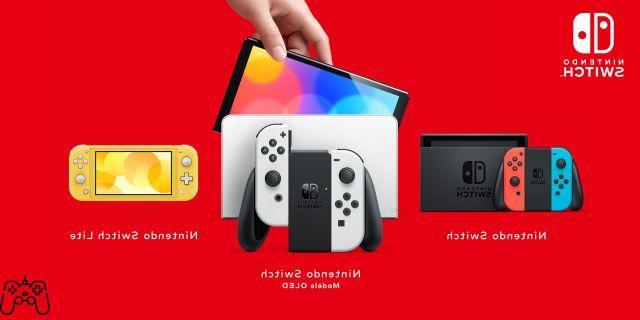 The new basic version with a improved battery and new "Lite" model- which forgoes the connection with the TV to offer a portable console experience - are excellent incentives to decide to enter the world Nintendo Switch.
Are you among the new users and find yourself confused and unsure about the first games to play? Are you still undecided about buying the console, perhaps not entirely convinced about the quality of the games you can play? This guide is for you!
A list of ten tips on the essential titles to play on the Nintendo Switch.
They are not necessarily the ten best games in cold numerical terms, but they are the titles that best represent the varied library of the console and that cannot be missing in a collection worthy of the name.
Since some of our guides include specific advice on indie games, this list will not include these types of games; therefore very valid from Top-Ten as Hollow Knight, Dead Cells, Grey, Owlboy, Steamwold Quest and many others will not be there. Meanwhile, with this bold move, I have listed them for you anyway.
What comes out of it, as per Nintendo tradition, is the absolute domination of the games developed directly (or by studios closely linked) by the Kyoto house. A habit, however, now consolidated for all Nintendo consoles for years now.

The Legend of Zelda: Breath of the Wild

It will also be true that this list does not represent a mere numerical ranking, but it is unthinkable not to start it by recommending with an open heart. The Legend of Zelda: Breath of the Wild.
The wild breath of this Zelda is felt in every moment of the game: an open map, a free progression like never before, an incredible system of applied physics and a visually applauding beauty make Breath of the Wild the episode of the wildest, biggest and most ambitious saga ever.
An adventure that will accompany you for as long as you want. You can complete it in a few hours (rocketing towards the end) or enjoy every single environment, mission, shrine, looking for ever better weapons and equipment and then put an end to the evil that grips the kingdom of Hyrule only after several dozen hours of gameplay.

Developed in the studios of Ubisoft Milan, Mario + Rabbids is the best-selling third-party game on the Switch. A fun, colorful, exciting and not at all trivial turn-based strategy.
The story told tears more than a smile and the actions to be performed during the battles have nothing to envy to the most famous strategic games, all enriched by the bright colors of the kingdom of mushrooms and the madness of the Ubisoft Rabbids. A successful bet and a great (very great) result for Ubisoft Milan.

The last effort of the maestro Sakurai bursts onto the Switch and it's clear how strong the intent to make it the best Smash Bros. ever was. For some, the goal may not have been achieved, but it is certainly the most complete and balanced chapter. A roster of out-of-scale characters (69!), To which are added the five characters of the first DLC pack and an infinite amount of collectibles, music and objects make it the largest and most complete Smash Bros. ever, with an encyclopedic value definitely impressive.

The very successful experiment on the online game of squid battles born on Wii U, returns to Switch with an improved chapter from all points of view.
A competitive online game that makes style and freshness its trademark. The mollusc mushrooms they are a war in which everyone should participate, winning by trying to color more portions of the terrain than the opponents is war in pure Nintendo style.
No violence, but a lot of adrenaline and competition; Nintendo's squid is rich in style, mode and is continuing to ignite the Nintendo servers despite the game being out for a while.
Splatoon 2 offers fun and challenges accessible to anyone who approaches it, even the most reluctant and unaccustomed to online gaming, moreover it becomes more and more challenging and tough for those who want to push themselves higher and higher in the general rankings.

Monolith Soft churns out another masterpiece. After the success and wonder of the first chapter on Wii and a slightly smaller chapter on Wii U, the saga Xenoblade arrives on Switch with another pearl of JRPG, already able to place itself at the top of the genre ever. Although many of the characters do not detach themselves from being excessively stereotyped, the events narrated excite and thrill for the very long duration of the game. An incredible journey, full of things to do, materials to collect, equipment to manage and gigantic combat to face. A combat system that evolves throughout the game, enlivening and renewing the fighting to the last.
To complete the work there is the additional chapter of the DLC, which enriches the story with a decidedly long-lived adventure and more serious tones, designed to reveal the past of some of the main characters known in the original story.

The ghost aspirator par excellence, returns to Switch with what is the best chapter of the saga.
An adventure full of action and unthinkable situations, a gameplay that is always up-to-date and more fun than ever thanks to the gimmick of Gommiluigi, Luigi's rubbery alter-ego that not only allows you to solve puzzles like never before, but also allows you to tackle the game in cooperative mode without making it seem like a stretch or a thing put there just for. The cutscenes in between, Luigi's shaky gait and his frightened shouting elicit genuine smiles for the duration of the game, which is finally adequate and well above the average of the two previous games.

Unlike his brother in Green, on Switch Mario does not arrive with his best chapter ever, but with an adventure very different from the usual and with a few problems here and there.
Abandoned the Mushroom Kingdom, Mario is forced to travel from world to world, finding a truly amazing variety of environments; from the Kingdom of the City (a New York all cornices and skyscrapers) to primitive worlds, passing from culinary worlds, worlds on the clouds and so on. All with their challenges and their style, making the whole adventure uneven and uncohesive. Abandoned the Power Up mushrooms, Mario's powers and actions all switch from Cappy, a ghost-hat that has taken the place of his famous hat with the M. With it Mario can attack enemies directly, use it with a trampoline and… take possession of some objects and characters! The possibilities opened by the "capture"Are many, you can open manholes, break through walls in the form of dinosaurs, cling to protruding and then splash away like a catapult and so on. A brilliant idea but which, however, does not give the freedom of Mario's classic Power UP and which is relegated to small specific situations. For the rest, Mario is still Mario, and jumping here and there, collecting Moons, completing missions and finding secrets is still a fun-filled undertaking, powered by top-notch gameplay.

In this roundup of great returns and immortal Nintendian sagas, what is probably the best chapter of Fire Emblem ever.
An impressive amount of dialogue and a complicated and engaging narrative interweaving, support wonderfully an extremely deep and varied turn-based strategy.
With the "excuse" of the academy, dogmas about classes are demolished, allowing the teaching of specific skills to each type of soldier; a knight can therefore learn magic and vice versa, even going so far as to directly change the evolution predicted by the characters.
The lower rigidity of the system and a general softening of the management of the characters, make Three Houses the perfect evolution of the match game revolution with chapters for 3DS. The addition of a significant amount of mechanics in battle, make it extremely rich and varied even in terms of pure gameplay.
The excellent graphics (to which various problems must still be attributed), the varied gameplay and the new mechanics make it the Fire Emblem of the turning point that many were waiting for, also placing it as an excellent first step for those not accustomed to the saga.

I believe that Mario Kart 8 on Wii U was the best Mario Kart in terms of gameplay and content. In the Deluxe version released on Switch there is everything you need to have fun for months and months: all the DLC released on Wii U (so four new championships and several new karts and characters), a totally revisited battle mode and the Splatoon squid as exclusive selectable characters.
The antigravity gameplay, some of the craziest tracks ever and the crazy fun that the racing of the Mushroom Kingdom always manages to give, are the main reasons why Mario Kart 8 Deluxe should absolutely not be missing in any home in which it is present. Switch, remaining capable of animating parties and evenings even after years of its release. Although perhaps, dear Nintendo, the time has come to think about a sequel ...

As we said at the beginning, this is not the list of the games with the highest rating or the best of their saga, but a list of unmissable titles to play on Switch, and which tries to embrace as many genres as possible, also taking into account the power of the name that lead.
It goes without saying that the power of the Pokémon brand is total and overwhelming and Sword and Shield, despite their flaws, perfectly represent the spirit that has always distinguished pocket monsters.
Although it does not shine with its own light and does not represent the pinnacle of Pokémon games, Sword / Shield is the fundamental stage of a change. The high definition graphics engine has finally given the possibility of being able to explore areas of the game world in total freedom, in every direction, meeting people and Pokémon like never before. True, the wilds are a small portion of the entire map, but the intention of wanting to give more freedom to the player is more than evident.
New Pokémon, a necessarily reduced Pokédex, wild lands and cities to explore, make Sword / shield a new piece in the evolution of the Pokémon brand. Some purists have been burned by the news and cuts, but the process of change must necessarily pass through these phases.
All the others, those who simply like to play and venture into the world with their pokémon, will find in Sword / Shield a new, exciting and fun game. To be played with all the passion that resides in each of us, thrilled by each new Pokémon and each new medal won!

add a comment of Just got the Nintendo Switch? Ten essential titles to play