The Minecraft 1.16 update patch notes have come after months of waiting! The Nether update is finally here and this brand new Minecraft update adds a lot of cool stuff to the game like new Nether Biomes, Netherite, Piglins, and more. Let's go to this! 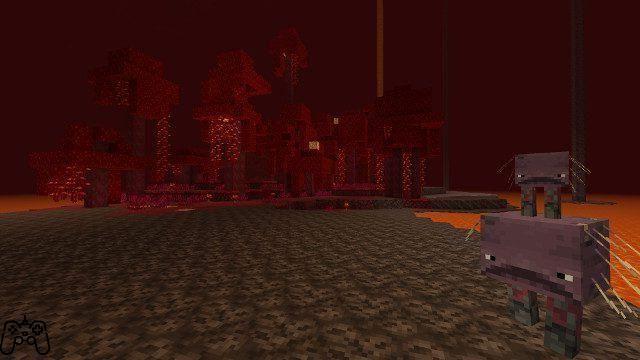 The Minecraft 1.16 Update patch notes are all about Nether Update, a massive revamp of the game's first alternate dimension. The Nether was first added to the game in late 2010 and has remained relatively unchanged since then, until now. The first noticeable change is the addition of more new biomes to the game.

What are the new Nether biomes?

Players can now score a fantastic new achievement by visiting them all. There is also the addition of the remains of the bastion, a mysterious type of structure that was somewhat abandoned long ago.

Also in the Minecraft 1.16 update patch notes there are several new mobs. Piglins replaces Pigmen with a whole new design and a more complex society. Striders are passive creatures that have the amazing ability to walk on lava and can be mounted by the player, although they can only be moved through the use of a fishing rod in a manner similar to Pigs. Hoglins and Zoglins complete the new creatures in the Minecraft 1.16 Update patch notes.

Getting to the Nether is easier than ever in the Minecraft 1.16 update patch notes with the addition of ruined portals. These are broken Nether portals that can spawn randomly anywhere in the Overworld or the Nether, saving players the trouble of finding Obsidian. Navigation is also easier thanks to the addition of Lodestone; this new element allows you to lock a compass on it, ultimately allowing one of the most useful navigational tools to work in the Nether.

There's a lot more to see in this update - keep reading the full Minecraft 1.16 update notes! 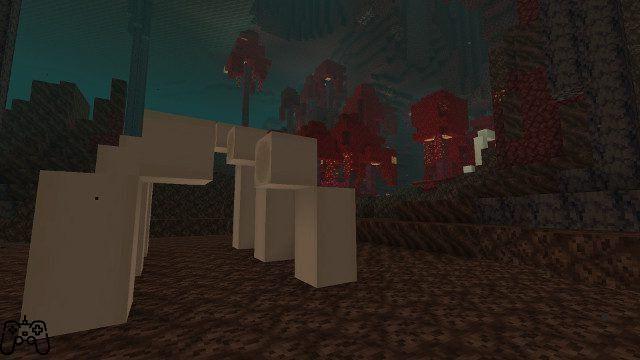 Basalt deltas are now in the Nether!

What is made of black stone and filled with Piglins and Hoglins? Remains of the bastion!

Some blocks have been renamed. It turns out that a singular mushroom in the Nether attempted to mistakenly present itself as many mushrooms - so sneaky!

Many new blocks have been added and changes have been made to some existing ones.

The Crimson Forests are now found in the Nether!

A small change has been made to this debugging combination.

New F3 debugging feature that allows you to change game modes with the traditional "tab" functionality.

CHANGES IN THE HOE

We have made some changes to the hoes to make them more useful in the Nether.

A new block that can help you find your way!

Universal anger is fundamentally guilty by association. A neutral crowd attacked by players will be angry with players in general, regardless of who attacked them. More specifically:

HOW TO MAKE NETHERITE

Shattered remains of the ancient portals of the Nether. I wonder who built them?

SPEED OF THE SOUL

Never suffer from being transported to Soul Sand Valley again - Soul Speed ​​has you covered!

VALLEY OF THE SOUL

A new crowd living in the lava lakes of the Nether.

Because let's face it, your goal might use a little practice!

LOGIC OF THE VILLAGER WORK STATION

Warped Forests can now be found in the Nether!