The maturation process of the Monster Hunter brand has been particularly long over time and full of experiments. The evolution of this action game has been full of gameplay changes that have tried to meet the needs of the public and the fashions of the moment. But there has also always been a strong desire to remain faithful to what were the stakes of one's own tradition. We all know how difficult it is to be conservative while trying to adapt to the moment and Capcom has shown that it knows how to give the hunters of this series new features while respecting the origins of the big hunt for monsters that long-time fans have always appreciated.

This process required the series to compare, after ten years of partnership with Nintendo consoles, with other platforms such as PlayStation 4, Xbox One and PC with the World chapter. With Monster Hunter World (and related expansions) he persevered with the work of streamlining some mechanics and movements that were a trademark but that required to be changed to adapt to the dynamism appreciated today. With this wealth of experience, Capcom is back on the Nintendo Switch with Monster hunter rise promising more than a few renovations compared to the Generations Ultimate seen in 2018 on Nintendo's hybrid console.

Magnamalo I'm not afraid of you

The two versions of the demo that anticipated the game's release had already highlighted the profound differences, but also the great fidelity to the series that the game possesses. As an old hunter (not so old to tell the truth, ed) who has gone through all the declinations for Nintendo consoles, I have always noticed an evident woodiness of the controls and the general flow of the game. A rigidity of some mechanics that over the years has been accentuated with the progress of the dynamism of other productions. On the other hand, it is clear from the first hunt that Monster Hunter Rise makes hunters much faster and more responsive. The change of pace is sensitive to every move, every sprint or dodge. Yet even the most seasoned of fans will find a familiar environment and gameplay that will make them feel at home.

The love for this game triggers from the very first moments, from the first sound track. A sweet female voice that intones an air with Japanese sounds that carries the hunter on his notes like a cloud of cotton wool. Kabuki theater sounds introducing the village and gaming hub clearly inspired by feudal Japan. The setting is much more alive, pulsating and believable than we have seen in Generations Ultimate. Strolling around the small village and discovering every little secret corner or going to interact with the NPCs to create weapons and armor, accept assignments, unlock secondary missions or recruit new companions is enough to appreciate the attention to detail alone. Yet he is still the usual Monster Hunter ever. A game where the plot and the single player are just a small iceberg point that prepares for the real game: multiplayer.

It's not that dangerous to go alone

The single-player adventure represents in fact only a training, a gym in which to try all the weapons, all the techniques and become familiar with the attack and movement patterns of the enemies. Monster Hunter Rise made this look a lot more noticeable lowering the difficulty level of single-player missions. Here the monsters are defeated in a short time and without obvious worries or risks, also thanks to the innovations introduced which I will talk about in the next paragraphs. The plot does not differ much from what is the classic plot of the series with a gigantic and menacing monster threatening the quiet of the hunting village who will have the task of defending it from any threat.

The pretext of the defense of the village is useful to introduce the new gameplay variant represented by the fury missions. This particular new type of quest aims to defend the village gates through mechanics that are reminiscent of tower defense games in some respects, with hordes of monsters to be eradicated and stations (automatic or managed by the player) to be created, improved and used as needed. . A different mechanic that enriches the flow of missions with a very dynamic and perfect variant to play with more people.

The real hunt is together

Because it is with multiplayer that the real adventure of every hunter begins. Everything that comes first serves to temper us for this moment. The first point to highlight is the quality of online game servers. A few months ago Nintendo initiated a change of technology that would have had Monster Hunter Rise as its first test game. Baptism pass with flying colors: the speed with which you connect between players, the missions are activated and the general stability of the online game are almost perfect. You can join an ongoing game, new to Nintendo, and you can ask for help whenever you want. If this were to be the quality standard of Nintendo's upcoming online experiences, it would be a small, silent revolution.

Returning to Rise, the multiplayer mode proves to be engaging and full of activity and with a level of challenge set up for the most experienced hunters to experience deep pleasure in a catch or kill. It will not be as rich as the summa maxima to which Generations Ultimate has accustomed us, but the arrival in the roster of numerous monsters from the World and the - almost certain - support with updates and DLCs that will enrich the long list of missions available it will make the game an endless hunt that will keep you hooked for many months. The long list of game contents (weapons and armor to forge, improve and customize) and the side activities, among which the secondary missions and the tasks of the NPCs to be carried out during the hunt stand out, mitigate the sense of repetitiveness inherent in the structure of the game.

Free to explore, free to fly

But all this would be small if there were not all the great news of Monster Hunter Rise brings to the gameplay as a breath of fresh air in the big hunt for monsters. Starting with canyne, new canid allies who join the felyne in order to be of help above all thanks to the possibility of being ridden and thus quickly explore the maps in their width. Exploration already. It is no longer, as in Generations Ultimate, full of uploads, but each game map is freely explorable in its wide horizontal and vertical development. A feature borrowed from the World chapter, but which appears for the first time on Nintendo consoles. The exploration is also improved for the dynamism given to the hunter with jumps, climbs and with the use of the wire insect that allows you to make jumps to access the numerous secret areas of the maps.

The fights follow the same dynamism of exploration with special moves, abilities and combos of each weapon that give the feeling of being less woody while maintaining the technical skills necessary to patronize them. While a monster is being slaughtered with blows, the critical moments dictated by the use of tools have also been reduced. Inventory asset activation animations are now much faster, instantaneous in some cases, and you can even move around while doing so. The map is also littered with many more materials and bonuses that can temporarily increase energy, stamina, attack or defense. Every hunt in Monster Hunter Rise is no longer a tiring drag of yourself and your inventory up and down desert steppes, but a dynamic run-up to the next prey.

A syncopated hunt that even to be seen is more than appreciable. The improvement of the graphic details from Generations Ultimate is evident and tangible from the textures of the scenario to the models of the monsters, passing through the lighting effects. Although Nintendo Switch does not allow to go beyond a certain technical limit, the general image is excellent, with clean and well-blended colors. The burrs are there - aliasing from time to time and some imperfections in the scenery - but they are well masked by a stable framerate most of the time. Asking Capcom and Nintendo Switch for more would be pointless. Who knows if a hypothetical Switch Pro can't fix some ballerina shadows or even improve some effect.

The hunt started on day one with all the ensuing density of online players. But it all went well. I mostly played in TV mode because on laptop with my big hands I couldn't hold the console steady. 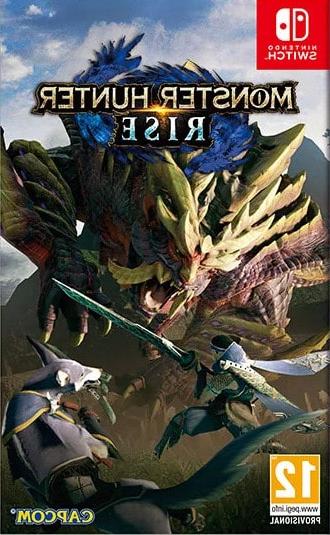 I admit that at the first start of the game, at the first notes I instinctively felt to close my eyes and listen to the sounds. A feeling that hasn't happened to me since Xenoblade Chronicles (you can find the review on Gameplay Cafe). The sound exudes the Orient from every sound while still being enjoyable even by a Western audience. Even in the most rhythmic and moving tracks you can hear how Satoshi Hori, composer of the game's music, has exploited his experience with Resident Evil 7 to give the game a worthy background sound. The dubbing in its particular multilingual facet - English, Japanese and the language of the hunters - then allows you to choose what kind of vocal imprint to give to the characters too (I recommend the language of Monster Hunter, ed).

After over a hundred hours and with a good part of the multiplayer still to be enjoyed, I know that it would be necessary to offer the game as many words, to type hundreds of characters on the keyboard to deepen every present and future aspect. The certainty is that hunters have never been in better shape. The exclusivity for the Nintendo Switch of only one year (in 2022 it will also arrive on PC) will give long life and prosperity to this new hunt for monsters. And it will provide hunters with millions of opportunities to bask in the gorges and plains of the world of Monster Hunter Rise.

Nintendo Switch squeezed properly to give the maximum while hunting both in terms of image quality and frame rate stability. Perhaps more can not be asked of the console.

Oriental, evocative and sweet. Every track of the Monster Hunter Rise soundtrack sublimates in the head like a geisha song. Harmonic.

Remove the flaws of the past, soften the mechanics and make an iconic gameplay in step with the times. Capcom with Monster Hunter Rise has succeeded in full to find the square.

Did you like the article? Share it!
Audio Video Monster Hunter Rise, renew while preserving the hunt
4K HDR TV Calibration Guide ❯

add a comment of Monster Hunter Rise, renew while preserving the hunt