There are multiple franchises that drag from chapter to chapter without artistic-narrative flashes, relying only on the habit of a slice of the public. In spite of the numbers, Yakuza it is not among them.

Arrived at ten main games, the universe of the boys of the Ryu Ga Gotoku still finds the pleasure of telling one vibrant, fresh and inherently Japanese story. It matters little that this Lost Judgment cannot count on the disruptive playful novelties of Yakuza 7 Like a Dragon (which introduced JRPG-style turn-based combat); the result is a pleasant and never stale game, which does not struggle to capture the player's attention for nearly twenty hours. Let's talk about it in our review!

A story of bullies and the status quo

The Yakuza series has always based its stories on the awareness of how controversial, Machiavellian or even cruel to a third observer some aspects of Japanese society may seem. This Lost Judgment takes the typical introversion which characterizes a lot of local youth and tells how they can push extreme decisions when episodes of Bullying in a school environment. In this context, in fact, the victims are always doubly victims, as prey of the torturers and weak in the eyes of all the others.

In Japan, 99,9% of judicial processes end with a conviction

The protagonist, Thanks Yagami, owner of the homonymous detective agency located in that of Kamurocho (fictional but faithful version of Tokyo's red light district, Kabukicho), then finds himself investigating the circumstances of a young student's suicide, beginning to shed light on a complex skein of crimes. The charm of this character, unlike the mythical Kazuma Kiryu (owner of the first 7 chapters of the main series Yakuza), does not lie in being a bad boy with a heart of gold, but in being in perpetual struggle against the status quo and, therefore, perpetually in trouble.

In a country where 99,9% of trials end with a guilty verdict, Tak manages to get his client acquitted and that becomes his original sin. The guy, in fact, gets out of jail and, apparently, takes another victim.

The protagonist, Tak Yagami, struggles against the status quo in search of the truth

Full of twists and turns and well-paced, the plot of Lost Judgment is among the best of the series, even if it does not reach the top of Yakuza Zero, and dramatically improves every aspect of the predecessor. The chorality of the cast is undoubtedly among the most significant qualities: Kaito, HIgashi, Sugiura e Tsukumo they are a close-knit and fun gang.

Barrel from orbi, as usual

From the point of view of gameplay, as mentioned above, Lost Judgment represents the conservative branch of the Yakuza universe. The usual beat 'em up system, which has persisted since the dawn of the saga, still functions as a fun interlude between plot phases and moments of Japanese tourism. Three fighting styles several guarantee a sufficient variety and a good fluidity is also noted, undoubtedly even more evident in the next gen version of the game.

The novelty, if you can call it that, introduced by the second adventure of Yagami-San is to resize the percentage of the game occupied by fist fights in favor of exploratory phases that can be search interludes for clues with first-person view or sections of Parkour (the latter not exactly very fluid).

The exploratory phases give variety to the game

This recalibration is a welcome change as it allows you to never break the rhythm of the plot and build an appetite for a gigantic fight that is punctually served in the grand finale. Even random fights are, unlike most of the first chapters of the saga, entirely avoidable.

To the rich main history are added secondary content in abundance and, as per tradition, it is a key strength in the economy of the game because in many of the optional storylines pearls of originality and fun are born. You can therefore choose to play Lost Judgment to enjoy the plot or to do tourism in a well characterized microcosm full of surprises.

Like all its predecessors, this Yagami-San adventure has no particular technical merits to report. However, among the good things there is, in addition to the aforementioned fluidity, also abolder effect, undoubtedly designed to shine on the next gen, a great care in characterization of faces characters and a great variety of fighting animations (albeit less daring than Yakuza 7 Like a Dragon).

The game world, divided between Kamurocho and jincho, is always teeming with people and, although these are locations already seen in other games, it has some particularly successful sections, such as the school where Yagami-San carries out his initial investigations into cases of bullying. The series' historic Achilles heel, the music, is slightly improved in Lost Judgment, yet there are still no themes that are as iconic as the characters and scenes they play in the background.

We played the PS4 version of Lost Judgment on PS4 Pro with code purchased on the Playstation Store. Throughout the entire game we chose to listen to the original dubbing in Japanese (and not English), with Italian subtitles. 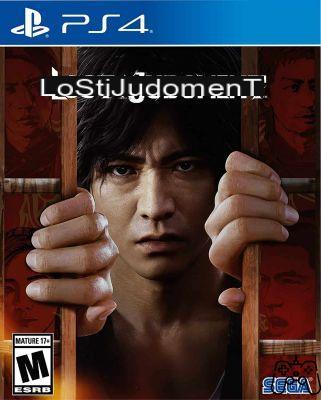 It would be perfectly legitimate to think that after the umpteenth iteration Yakuza can run out of arguments in favor of its own survival. Yet, chapter after chapter, even the most familiar places are revitalized with a lymph made up of new and engaging characters and stories. The merit of Ryu Ga Gotoku's writing and imagination is to always cook different dishes while always using the same ingredients, creating self-contained stories yet full of themes and narrative arcs that involve several games at a time. We have no doubt that we will still see some good ones.

Without particular flashes or flaws, the technical sector still manages to convey the story with a skilful characterization of the faces and improved effects in a next gen perspective

Classic yet fluid beat 'em up, with three different styles to choose from. Clumsy exploration sections but still useful to give variety to the gameplay

Did you like the article? Share it!
Audio Video Our Lost Judgment review
The complete solution of Another Code: Two Memories ❯