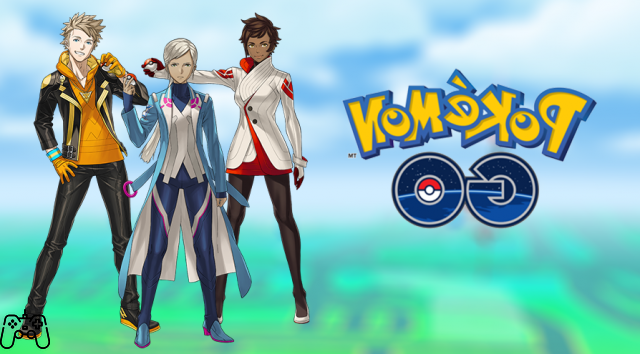 In Pokémon GO, Pokémon have three basic stats: Attack, Defense, and Stamina. All Pokémon of the same species will have the same base stats. The stats are relatively simple: a Pokémon's Attack stat affects the damage its attacks will deal. Defense affects the amount of damage a Pokémon receives from attacks. Stamina affects the Pokémon's maximum HP. Unfortunately, these base stats aren't reflected in the game, so you'll need to rely on a Pokémon's Combat Power (CP) to determine its overall combat ability.

If you're willing to do a little more research, you can find a table listing all basic Pokémon GO stats on Bulbapedia. There are also numerous useful mobile apps that check a Pokémon's basic stats on the fly (more on that later).

Like the main Pokémon series games, some Pokémon are inherently better than others. Unfortunately, some Pokémon will always be weak no matter how large their IVs are due to low base stats. A Pokémon's base stats will never change.

Pokémon in Pokémon GO also feature size and weight stats, but these have absolutely no effect. Fans of the main series Pokémon games are likely familiar with the small group of moves that are affected by a Pokémon's weight, such as Heavy Slam or Grass Knot. This is not true in Pokémon GO, Weight and size are completely arbitrary. At least it's kind of fun to see how high an Alolan Exeggutor can dominate its peers.

A Pokémon's CP represents its strength in battle and comes from a Pokémon's base stats and hidden stats called Individual Values ​​(IVs). IVs are a measure of a Pokémon's potential. Its species also determine a Pokémon's maximum CP; some Pokémon naturally have lower CP values ​​than others. Don't judge a Pokémon by its CP because its stats, type, and moves are what matter most when considering its performance in battle.

Pokémon with higher CP will generally have higher base stats because they are certainly taken into account when calculating CP and have an effect on a Pokémon's overall performance. CP can be weighted drastically in favor of Attack, meaning Pokémon with a high Attack stat will have significantly higher CP than those without. However, just because a Pokémon's attack is high doesn't make it a great Pokémon to use for battles. If its Defense is low, it can be eliminated more easily than others. This is where IVs can significantly come into play, as they can offer boosts to a Pokémon's otherwise low base stats.

Pokémon in Pokémon GO have individual ratings (IVs), like those of the main series games. Unlike the main Pokémon series games, where a Pokémon will have six IVs (HP, Attack, Defense, Speed, Defense Sp, and Attack Sp), ranging from 0 to 31, Pokémon in Pokémon GO only have three IVs (Attack, Defense and Resistance), with a range of 0 to 15. An IV of 0 is as low as possible and an IV of 15 is as high as possible. A Pokémon's most valuable IVs are those for its lowest base stats. A Pokémon with 15 in all three IVs (so 45 in total) is "perfect".

Since all Pokémon of the same species have the same base stats, a single Pokémon's IVs determine whether it is stronger than others of its kind. A Pokémon's IVs are generally the most essential factor to consider when deciding whether to invest Stardust in upgrading it. Unfortunately, a Pokémon's IVs are hidden, but you can quickly check them out using online and mobile tools.

It's worth noting that a Pokémon's base stats never change, its IVs change when traded with another Trainer. This feature ultimately exists to prevent the creation of a market for the perfect Pokémon IV and can be detrimental or beneficial to industry players. A Pokémon's IVs are completely randomized when traded, so there's no way to guarantee that a Pokémon initially traded with high IVs will still be great when received. Also, a Pokémon can trade once, so it is not possible to trade back and forth until the Pokémon gets good IVs. Learn more about trading Pokémon GO in our helpful guide.

While a Pokémon's IVs remain hidden from players, you can get hints to help you determine your Pokémon's IVs using the rating feature. When you rate a Pokémon, your squad leader offers insight into that individual Pokémon's power, suggesting its IV ranges. Of course, they won't tell you the information clearly. Instead, they offer somewhat enigmatic dialogue lines to give you a general idea of ​​their stats. Below we have deciphered some of their statements.

To select a Pokémon to rate, tap the Pokémon you want to know more about, then select "Rate" from the bottom right menu. Your team leader will appear to tell you more about that Pokémon.

Your squad leader analyzes your Pokémon and shares the following details:

As a reminder, a Pokémon can have up to 15 points in each of the three IVs, for a total value of 45. We left out the size comments, as you can see a Pokemon's size by checking its profile.

Determining the total IV range for your Pokémon

Your squad leader will then let you know which of your Pokémon's stats (Attack, Defense, or HP) is the highest and if any of its other stats are the same.

Determine the range of your Pokemon's highest IVs

Pokémon with a lower point on the arc are lower tier and have greater growth potential until they reach the current level cap. A Pokémon with a higher point on the arc is closer to your Trainer level, and a maximum arc means that it is equal to or greater than 1,5 levels of your current Trainer Level. Once your trainer level increases, the arc moves back, indicating the availability of power gain from ignition. Return to full once the Pokémon has been fully boosted for your level.

Increase a Pokémon's CP by powering up

As a Pokémon lights up and gains more levels, its CP increases. Since Pokémon species and IVs determine CP, it is possible to calculate a Pokémon's maximum CP once you know its IVs and level. The amount of CP a Pokémon gains when turned on is from its IVs, including the Pokémon's level and species. A Pokémon's CP has no determination on how much damage it deals in battles because it comes from the Pokémon's IV attack and the power of individual moves. While defending a gym, a Pokémon loses motivation due to defeat, which reduces its CP if it does not increase its consumption of Berries.

It is important to note that the higher a Pokémon's level, the lower the CP it gains for each power-up. Once a Pokémon reaches level 30, its CP gains increasing by about half. Therefore, igniting beyond this point is generally considered a minor upgrade for the staggering amount of stardust required. If you happen to have a large stardust surplus, feel free to continue upgrading up to the Pokémon's maximum level of 40.

A Pokémon's base stats and CP increase each time it powers up. Each upgrade grants half the level, up to a maximum level of 40. You can only upgrade a Pokémon 1,5 levels above your current Trainer level. Each ignition has a stardust cost and requires a certain amount of candy. This cost, combined with the aforementioned arc, can help you estimate your Pokémon's current level level within four boosts.

Pokémon upgrade costs are based on the range of levels

There are numerous formulas you can use to learn more about your Pokémon's stats. It is considerably easier to use one of the many calculators available online. There are also some useful mobile apps that we recommend that you check your Pokémon while actively playing Pokémon GO.

We have included those that are completely safe for use, and we do not recommend using those that require your Pokémon GO to directly access or modify the app in any way. Here are our favorite tools to help you determine your Pokémon's true potential:

add a comment of Pokémon Go Stats Explained: CP, IV, and Others