Ratched, the review of the new Netflix series with Sarah Paulson

Let's start this review by Ratched with a premise. The new serial made in Netflix takes its name from the character of Mildred Ratched, the surly nurse brought to the big screen by Louise Fletcher in One Flew Over the Cuckoo's Nest. However, the link with Milos Forman's masterpiece is decidedly feeble and one basically never gets the impression of being in front of the same "world" and the same character.

This is absolutely not a bad thing, since, as we will see, the show chooses a completely different and personal path compared to the '76 film, whose vision is not fundamental for the understanding of the series (but which we obviously recommend, for the extraordinary value of the opera and its interpreters).

We are in 1947, in California. A young man with a far from reassuring gaze sneaks into the home of some Catholic priests and brutally kills four. The man in question, Edmund Tolleson, will be sent into solitary confinement at Lucia State Psychiatric Hospital, a center of excellence run by the eccentric Dr. Richard Hanover.

She will soon be employed in the same hospital Mildred Ratched, a nurse with a sad look but a proud temperament. Mildred will show some interest in Doctor's innovative therapeutic techniques. Hanover, including lobotomy, at the same time bringing to the surface the psychosis of hospital staff.

From the very beginning the element crime plays a central role in the economy of the show, as does the drama. Not infrequently we also enter the territory of the splatter (the series has a VM14 classification), with amputations of limbs and skin burns shown without particular modesty in the eyes of the spectator.

The main reference seems to be Alfred Hitchcock's cinema

The departure from a purely dramatic register sharpens the distance between this product and the film with Jack Nicholson. The main reference seems to be Alfred Hitchcock's cinema, mentioned directly on several occasions (the interiors of the motel where some of the protagonists are staying clearly echo those of the Bates Motel in Psycho) and in general the whole genre of “suspense” cinema, in particular of the fifties and sixties. For example, Cape Fear is mentioned directly through the use, on several occasions, of the magnificent main theme composed of Bernard Hermann.

However, there is no shortage of forays into a more aesthetic and surrealist cinema. The use of the central perspective on long shots and of the steady to follow the walks of the protagonists in the long corridors of the psychiatric clinic can only make us think of the Kubrick from The Shining. 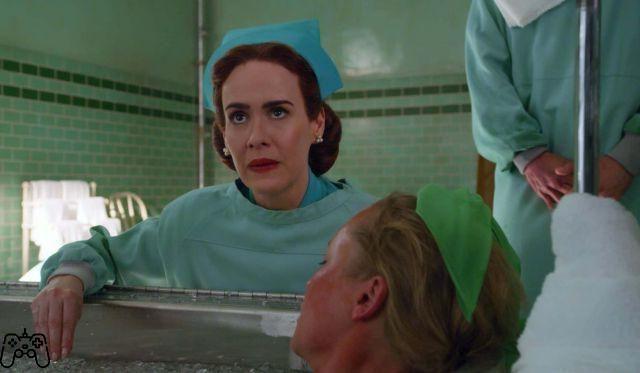 Un surrealism which finds its sublimation in real dream sequences, very effective in delineating the follies, but also the fears and weaknesses, of a pantheon of eccentric characters to say the least. Characters that seem born from the imagination of Lewis Carrol and masterfully brought to the small screen by a cast of excellent performers.

Sarah Paulson she is extraordinary and credible in every situation and manages to skillfully outline a character perpetually poised between lucidity and madness, between cruelty and unexpected tenderness. Finn Wittrock inspires fear thanks to his Luciferian gaze, only to then, too, masterfully show the more human side of his character.

From Doctor Hanover played by Jon Jon Briones to head nurse Betsy Bucket (a great Judy Davis), passing through the fragile Gwendolyn Briggs, a career woman torn by the conflict between her public and private spheres, played by Cynthia Ellen Nixon (Miranda Hobbes of Sex and the City): each character is believable and multifaceted. The merit is to be attributed, in addition to the interpreters, to the very valid writing of Ian Brennan, able to outline every element within a story that makes the choral one of its flags.

The cast is completed by high-sounding names such as Sharon Stone, Amanda Plummer and Vincent D'onofrio, with a trio of antagonists, needless to say, frighteningly psychopathic and over the top, capable of creating more than a headache for the protagonist. 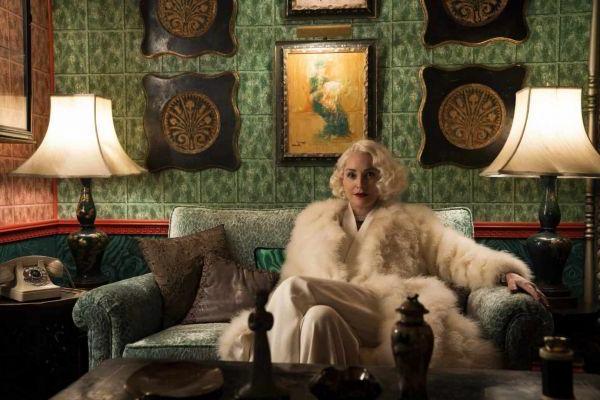 If you are a fan of the works of Ryan Murphy you will not struggle to recognize its hand. We tell you in this review by Ratched that in fact this is a series born from the mind of the histrionic Murphy, here also as the director of some episodes, and by Evan Romansky, already creators of the recent Hollywood miniseries together (here you can find our review) . From Nip / Tuck to American Horror Story, Ratched is the epitome of his vision.

Starting from the thematic nuclei among which some of the more or less recent Murphy's warhorses return. Primarily mental illness, treated with wisdom in a successful balance between normalization and empathy. Murphy does not judge the folly of his characters but accepts it, embraces it and in some cases justifies it. The mental paths of the human being, even the most frightening, are the result of equally human experiences, experiences and fears.

Secondly, the equally dear themes of the sexual and racial discrimination. Themes that, if we want, are in a bit forced in a couple of steps (we won't tell you more, this review of Ratched is spoiler-free as usual) but which help perfectly to tell the difficulty of accepting oneself for what one is and not for what you want to be.

Plongée, Dutch plans, skewed subjective are extremely fitting direction choices in the staging of a psychological noir with surrealist verve.

Also from a visual point of view the connection with other works of Murphy is evident. Starting from the saturated and pastel photography that is reminiscent of Hollywood, up to some peculiar choices of language and staging. For example, an intelligent use of the split screen already seen in some episodes of American Horror Story.

Particularly interesting to underline in this review by Ratched, in general, is the composition of the image, truly never banal, thanks also to a sensational work of location, sets and costumes. Plongée, Dutch plans, skewed subjective are extremely fitting direction choices in the staging of a psychological noir with surrealist verve.

The review of Ratched can therefore only end with a full promotion. The new Netflix show is certainly among the most interesting productions of this unfortunate year. A product full of inventiveness and visual madness, supported by an equally fervent writing.

Ratched is not without flaws, with some situations beyond the limit of credibility if analyzed in an overly rational way. But it doesn't matter, this is not the way to approach it. Ratched is a journey into the torn but human minds of its protagonists, a look at a world that is not credible in its relevance to reality, but extremely effective as a metaphor of the human mind itself.

The entire first season of Ratched, consisting of eight episodes lasting about an hour, will arrive on Netflix starting September 18.

Review of videogamingallday.com Did you like the article? Share it!
Audio Video Ratched, the review of the new Netflix series with Sarah Paulson
A week in the company of PlayStation Now ❯

add a comment of Ratched, the review of the new Netflix series with Sarah Paulson