After some postponements and not a few controversies on the shoulders, Control: Ultimate Edition finally arrives on the new generation consoles. The last work of Remedy Entertainment published by the Italian 505 Games is counted with merit among the best games of 2019 and, after an output already reviewed and awarded in our review, today is the time to play this definitive and enhanced edition for PlayStation 5 and Xbox Series S / X to discover all the news it brings with it.

For those in need of a refresher, Control is an action-adventure title with a Metroidvania, set entirely in a single, yet huge, shifting, distorted and disturbing building. The gameplay draws heavily from the past of its developer, resulting precisely for this the most mature work of the team from the point of view of gunplay and also of the exploration, always rewarding, of every corner of the setting. The intriguing and unique worldbuilding, together with an exceptional artistic side (which we awarded as the best of 2019) are the icing on the cake. Although the game does not reach the rank of masterpiece, essentially due to a rather flat main story arc and a rather repetitive background gameplay loop, this new edition goes to file several defects that at the original launch undermined the enjoyment more or less importantly. of the package. In addition to the different finishes, the two are also present DLC subsequently published: "Le Fondamenta" and "EMA".

The SSD of the new consoles completely transforms the enjoyment of the game.

When you first start Control: Ultimate Edition on PlayStation 5, the immediate feeling is that of a game extremely faster and more responsive compared to the PlayStation 4 version. This is due to the new SSD of the Sony console (but the loading times are also equaled by the two new Microsoft consoles) which allows you to switch from the console menu to the actual game in about fifteen seconds. The loading of the other areas of the Oldest House, or the waiting time after a death are just as lightning and never exceed ten seconds. Other historical defects of the title are totally resolved, from the slowness of navigation in the collectibles to the micro-shots during the opening of the map (unfortunately still badly organized and difficult to navigate) or the photo mode as proof of how much Control really asked a lot from the last generation consoles. . The various texture streaming problems have also disappeared and models that plagued the old consoles, the Ultimate Edition is in fact an almost perfect experience, easily usable and free of any bugs.

From a technical point of view, although the progress is considerable, it was perhaps legitimate to expect something more. Real and true benchmark for Ray Tracing in the PC field, Control is certainly a heavy title, which in its old gen version struggled to maintain a good frame-rate even at low resolutions. On PlayStation 5 they are present two modes: “Performance” at 60fps without Ray Tracing and “Quality” at 30fps with Ray Tracing. Both modes feature a native resolution of 1440p. The exact same configuration is found on the Xbox Series X while the Xbox Series S has a single 60fps option without Ray Tracing with a resolution of 900p (data source: Digital Foundry).

The step forward, especially compared to the basic PlayStation 4 version is evident, but perhaps still lower than expectations by going to highlight how much in the PC field features such as Nvidia's DLSS are now the key in ensuring adequate performance at high resolutions. Control: Ultimate Edition is in fact still a rather soft and not extremely defined game, with a graininess and presence of graphic artifacts above the average of the next gen consoles. Furthermore, although the addition of Ray Tracing is among the selling points of the new version, this is clearly inferior quality compared to the PC version. Used almost only for reflections, and not for contact shadows where it really makes a difference, the effect certainly increases the degree of fidelity of the game but it is certainly not preferable to the reactivity of the commands of the performance mode, also because the fallback solution however, it is of a high standard and superior to the classic techniques used by other contemporary titles.

An integral part of the Ultimate Edition package are the two expansions which, although already published, extend the game time up to a total of about twenty-five hours. The first expansion "The foundations" is successful and offers interesting new mechanics in a new sector of the map that is very artistically inspired. The second expansion "EMA" is unfortunately rather disappointing and guilty of having attracted attention with marketing promises linked to the resurrection of the character from the Remedy universe of Alan Wake without, however, realizing something really interesting. Shorter and more repetitive than the first package, "EMA" it is a content that can be appreciated by fans of the Finnish software house or by those who just cannot break away from the addictive gameplay of levitation, launch and shot of the title.

Many of the new PlayStation 5 features are effectively supported.

Absolutely welcome, even if obviously not decisive, are the specific additions calibrated around the PlayStation 5 such as the presence of the UI activity card of the console for quick access to certain missions, the function of Game Help for the whole campaign, or support to the peculiarities of dualsense. The haptic feedback effectively accompanies Jesse Faden's footsteps in the Oldest House while i adaptive triggers they interpret the firing modes of weapons in a decidedly immersive way but ultimately tending to annoyance, despite this being a matter of personal preferences. On the other hand, support for the console's 3D audio is lacking, at least in a declared way. From the sound point of view there are no changes compared to the original: the soundtrack remains excellent in its way of accompanying the action and completely changing the color of some sections of the game, while the dubbing remains rather basic and not particularly inspired, especially the insipid one of the protagonist.

I played Control: Ultimate Edition on PlayStation 5 with the copy offered for free to PlayStation Plus members for about five hours, after finishing the original game and its DLCs at the time of its release on PlayStation 4. 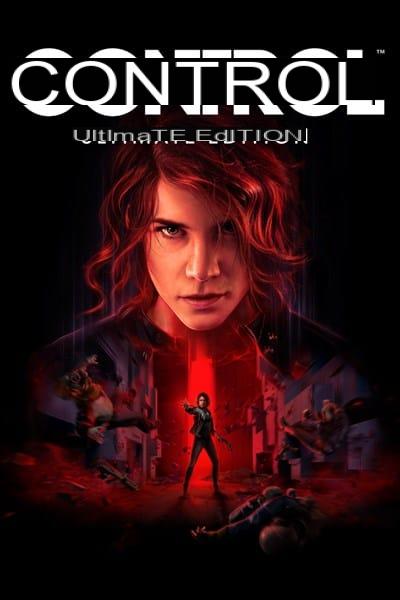 Let's spend the last words to talk about the various controversies related to the game: without a free upgrade from the old gen version, Control: Ultimate Edition requires a price difficult to digest for those who had purchased it at the time, perhaps together with the season pass.

Furthermore, the lack of transfer of bailouts contributes to the creation of a situation not really on the side of the players. That said, offering the title as a giveaway on PlayStation Plus this month (coupled with offering refunds to several buyers) has partially saved its publisher's reputation, despite the fact that on Microsoft consoles the situation is not the same (Control is available on Game Pass but not in the Ultimate Edition, so simply as an Xbox One version). Once the free period has passed, for past buyers spending € 39,99 again for the basic novelties proposed will always be a bitter pill, but for the new potential interested it could instead be a price absolutely justified by an overall package of the highest level.

The step forward compared to the PS4 and One versions is clear and evident but below expectations, especially in terms of resolution and image cleanliness. The "Performance" mode is excellent and the "Quality" mode is slightly more lacking due to the Ray Tracing implemented in a satisfactory way, but still visibly inferior to the PC.

No change from the original which offered a really special soundtrack combined with some lip synchrony problems and a dubbing that was not always effective.

There are no improvements or additions over the old-gen versions. However, the new SSDs of the current consoles make the game performance soar, with near-instant loading and a total resolution of the game's asset loading problems. The package is completed by the two expansions but lacks the lack of free upgrade, unjustifiable given the actual few changes and additions to the game.

Did you like the article? Share it!
Audio Video Ray Tracing and super uploads at an inconvenient price: the Control Ultimate Edition review
Assassin's Creed Syndicate cheats PS4 - Xbox One - PC: how to unlock Aegis costume ❯

add a comment of Ray Tracing and super uploads at an inconvenient price: the Control Ultimate Edition review