Resident Evil 2 has succeeded in its intent to amaze, scare, entertain and involve 100% of the users who had the courage to wield the controller to face the adventure of Leon e Clear. Capcom, which we remember being very far from the company a few years ago, has also well thought of increasing the dose with release of a completely free additional content and starring three new characters. Resident Evil 2: The Ghost Survivors  puts us in the shoes of Robert Kendo, the owner of the armory we meet in the Leon countryside, of Katherine Warren, the mayor's daughter linked to Sheriff Irons' subplot, and of Ghost, mysterious soldier that we find in the final section of the game set inside the NEST. Three new characters for three (short) new adventures, which however turned out to be different from what we imagined.

As usual, to find out if they convinced us or not, all you have to do is keep reading!

THREE CHARACTERS IN SEARCH OF AN AUTHOR (AND A PLOT)

From a narrative point of view, we admit that the three stories of The Ghost Survivors took us a little off guard. What we expected, in fact, was a triptych of short adventures that would contextualize the characters within that narrative fresco conceived in 1998 by Capcom. Against all odds, however, we found ourselves faced with what can be defined as "what if", that is, alternative versions of history which, in this case, have very little of "history". Controller in hand, in fact, we found ourselves catapulted inside a game mechanic more akin to The Fourth Survivor, rather than the base game, complete with counting the time to set new records with which to brag on the web with our friends.

The "plot", in fact, is summarized in a quick opening that shows us the purpose of our mission and an equally quick epilogue that tells us, if we managed to reach the end, what the future of our protagonists could have been. If for Robert Kendo and Ghost the events can (but it is not said that they are) canonical, the same cannot be said for Katherine, as those who have already finished Claire's adventure in Resident Evil 2 know well. In short: we expected something different and the choice of Capcom has quite blown us away, but we can't complain about this great (and free) additional content. If the developers preferred to set aside the narrative, the same cannot be said, in fact, of the pure and simple gameplay.

Basically, The Ghost Survivors resumes the splendid gameplay and gunplay of the title released just over a month ago, also maintaining the settings that form the background to the events of the three survivors. What changes, however, is the game mechanics with which we are led to continue the adventure. Forget, in fact, the crate of objects and ammunition scattered around the scenario; the only way to to survive, now, is to break down details zombies with backpack, thus gathering from them what is necessary to complete the scenario. Almost every area also has it available a vending machine from which you can buy (for free) only one object among the three proposed, to be chosen with great care. Each "campaign" also features new types of enemies: Kendo will be forced to face a particular type of zombie which, once killed, will release a sort of poisonous gas; the soldier of the Umbrella, on the other hand, will have to deal with undead with armor and the mayor's daughter, finally, will make the unpleasant acquaintance of the Pale Head, creature halfway between the Resident Evil Rebirth Crimson Head and the Resident Evil 4 Regeneradores.

Is all this not enough for you?

By completing the three new adventures, it will also unlock a new additional content, which we do not reveal to you so as not to spoil the surprise. They were also added a dozen collectibles (the Mr. Raccoon already known to players of the base title) who will surely go to further increase the final longevity of this DLC. There duration additional content can also be considered as a whole about an hour, but trust us when we tell you that you will not be able to complete the three adventures on the first try. The level of difficulty, in fact, is obviously set upwards, so do not feel guilty if you find yourself forced to switch to "training mode", which will allow you to memorize enemies and path, but not saving your final time. The Ghost Survivors therefore proves to be an excellent level of additional content that, although a different product could have been expected, manages to entertain the speedrun lover and all those who, like this writer, refuse to leave Raccoon City.

It gives a technical point of view, Resident Evil 2: The Ghost Survivors looks exactly like the base chapter, with a graphic sector to scream and with a modeling with attention to every single detail (especially in facial expressions). The sound design is also impeccable which, once again, mixes adrenaline-fueled music (perfect, given the speedrun nature of this DLC) with a series of sounds capable of giving chills even to the most experienced player. Absent entirely, in the PlayStation 4 Pro version tested by us, bugs of any kind and / or frame drops.

I played Resident Evil 2: The Ghost Survivors until I completed all three campaigns and the resulting additional content. 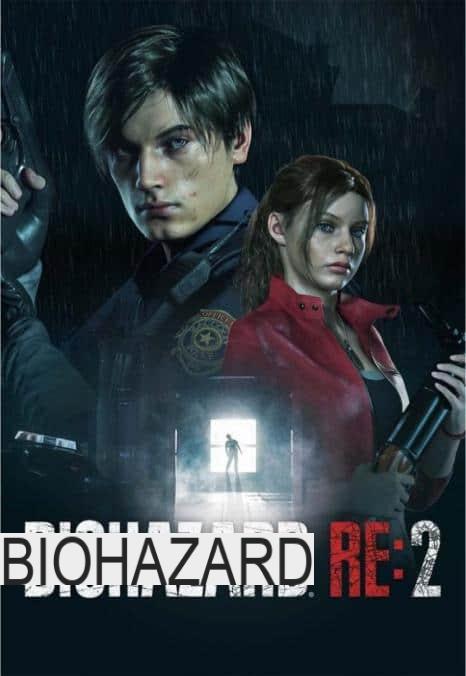 Resident Evil 2: The Ghost Survivors could easily be offered for sale for a fee and still be considered a valuable additional content for the adventures of Leon and Claire. The three scenarios entertain, entertain and add just the right degree of challenge to a title that, of course, we advise you to recover as soon as possible. Anyway, the absence of a real narrative sector does not appear to be a problem and we are sure that, like us, you will immediately enjoy this new game mode.

The graphic sector is as valid as that of the basic title released just over a month ago, presenting an excellent polygonal modeling, facial animations that are nothing short of wonderful and a general atmosphere capable of staying etched in the hearts of the players for a long time.

Music and dubbing still of the highest level, with a pounding soundtrack capable of highlighting the frenetic nature of this additional content and a series of sounds to make you shiver.

We thought we were facing three short adventures, but the Capcom guys preferred to try a different path. All the new mechanics that have been introduced in this DLC succeed in the intent to create an intense challenge for the most hardcore gamers, eager to test their skills with new game modes.

Did you like the article? Share it!
Audio Video Resident Evil 2: The Ghost Survivors
Can you capture a brilliant Natu in Pokémon Go? ❯

add a comment of Resident Evil 2: The Ghost Survivors