Shadow of the Colossus

When I found myself face to face for the first time with the review of Shadow of the Colossus, in 2006 on PlayStation 2, it was definitely another time: forgiving technical flaws with a light heart was not so rare.
The creation of Fumito Ueda fought with the camera, had an initially difficult control system and above all he did not know the term “fluidity”.

While playing it for the large stretches below the 30fps threshold, however, I was completely captivated by the atmosphere, the story told and the gameplay, rewarding the work with a sound 9.6.

If you are unfamiliar with Shadow of the Colossus, just know that it is a third person adventure: Wander and his horse Agro have just reached the edge of the known world in a desperate attempt to save Mono. To do this, they placed her on an altar asking Dormin, an enigmatic entity who asks the protagonist to eliminate false idols with the appearance of giant giants.

After the previous appearance in high resolution on the PlayStation 3, the jump on the Sony flagship immediately gave the start to a diatribe between the terms remake / remaster: contents identical to the original, the technical sector instead entirely redone. On paper we are therefore in the first case, but I like to include it in the second, because the sensations experienced were completely similar to when I played it the first time.
Dialectics aside, in Shadow of the Colossus we are faced with the classic David versus Goliath. Wander is forced to explore these wastelands in search of the giants, stopping briefly to pray or collect fruits and lizards to increase vitality and endurance.

"Involvement" is the right word to define the hours spent together with the title of Fumito Ueda, then graced by a glance that gives back that sense of adventure and exploration that often seems to be missing in certain recent productions.

The gameplay is all about having to identify and reach the giants thanks to the light-guide of your sword, to face them by studying their behavior and scaling them to attack their weak points. Shadow of the Colossus therefore offers platforming dynamics and environmental puzzles: the first giants are rather easy, the advanced ones require a greater study of the setting. They should perhaps be hit with the bow to make them move by discovering the weak points, under the banner of ingenious and peculiar mechanics, which test their spirit of observation.

Pad in hand you have to grab the hairy parts or the protrusions of their stone body, stay firm while they wiggle, while keeping an eye on the resistance bar. No automatic movement: R2 determines the grip after a jump and the constant grip in the unbalanced position, fundamental elements of the gameplay that determine the level of challenge in the most agitated situations.

On PlayStation 4, two additional control methods are offered compared to the original, which in fact favor the use of the backbones for aiming and catching, while the camera has been placed at a slightly greater distance.
In reality I found the view still too "neurotic", having to constantly work on the right analog to fix it.

A few lines ago I told you about involvement and atmosphere, because that is also where the game is played in Shadow of the Colossus. The narration is often entrusted to images compared to words, when you defeat a colossus you have many doubts that you have done the right thing, the setting returns a sense of desolation and melancholy that carries inside until the final bars.
The soundtrack, created by the Japanese master Kow Otani, is a perfect counterpoint to the gameplay. Of exceptional quality, it stands aside in moments of exploration, enhancing the topical ones instead. It offers memorable pieces accompanied by orchestral choirs, violins and other instruments, undoubtedly among the most beautiful soundtracks I've ever heard.

Among other things, it has aged quite well, like a wine that, while not pimping like its younger brothers, hides notes of deep historicity that have traced the next path.

Finally, the remake work materialized in a technical sector in step with the times as regards the graphic aspect, respectful with some license for the artistic one. Within the options you can choose a mode that gives priority to fluidity and another to cinematic cut, setting the frame rate at 30 frames per second and increasing the resolution in concert (on PlayStation 4 Pro). I preferred the latter, much more satisfying from a visual point of view and in line with the atmosphere that permeates each pixel of the game. The icing on the cake is the support for HDR, able to enhance even more the glimpses offered by the game and the lighting system: were it not for some textures and the presence of limited effects, we could easily talk about a title developed for this generation of consoles. 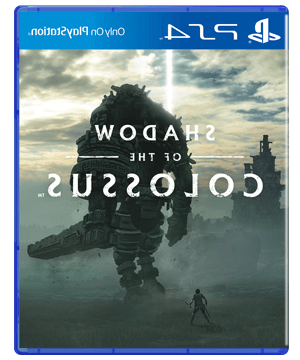 Shadow of the Colossus still represents today a unique video game of its kind, a title that should be part of the cultural baggage of all those who strongly believe in the mixture of narrative, visual aspect and soundtrack, obviously supported by solid gameplay. Which, among other things, is aged rather well, like a wine that, while not pimping like its younger brothers, hides notes of deep historicity that have traced the next path.

The work of Remake and the support for PlayStation 4 Pro are excellent, without forgetting an artistic side that does not look bad with the most recent productions.

Exceptional, the songs are of excellent quality and in general perfectly integrated with what you see on the screen.

New modern control system, camera to be improved, puzzle and platform mechanics that still hold up after so many years.

Did you like the article? Share it!
Audio Video Shadow of the Colossus
Come trovare i Team Rocket Leaders in Pokémon Go ❯