Soul, the review of the new Pixar film

I want to start this one Soul review with clarity: we are faced, in all probability, with the most mature and successful work of the Pixar house and we are also far from the half misstep of the recent Toy Story 4 (here our review). In about a hundred minutes that await you from December 25 on Disney + in fact, form and content play perfectly in unison, touching themes of extraordinary complexity with a disarming and effective delicacy.

Soul is a very ambitious but at the same time simple film, as simple, after all, are the greatest joys in life. Soul reminds us, as it reminds us not to turn passions into obsessions, as it reminds us that the exhausting search for an ultimate purpose for one's existence is the worst way to live it. And these are just some of the themes that Pete Docter, former videogamingallday.com award director of the splendid Up and Inside Out, has managed to include in this work with multiple levels of interpretation.

Soul is a jewel, without a doubt, but it does not necessarily come to everyone in the same way: the ideal audience, in fact, is the one over thirty and, in general, all those for whom it is time to make the first balances.

Jazz is my life

The main character is Joe Gardner, music teacher (ideally between thirty and forty years old) in a very listless middle school class. Joe has an insane passion for Jazz ever since his late father introduced him to the genre on a wonderful evening in his teens. Since then Joe has dreamed of being a successful musician and being cast in one of the amazing bands he continues to listen to in New York clubs.

His mother Libba, on the other hand, would like a future for Joe with his feet on the ground, with a solid job and, why not, with someone who loves him next to him. A prospect to which Joe seems almost resigned when suddenly, here is the opportunity of his life. Contacted by a former student of his, now a musician, he is offered to play with the legendary jazz player Dorothea Williams.

Soul is an ambitious but simple film, as simple, after all, are the greatest joys in life

Rehearsals go well, Dorothea asks Joe to perform with the band that same night, but Joe's overwhelming joy and distraction lead him to an untimely and unexpected death.

Death from which Joe will immediately try to escape, unable to accept yet another defeat on the day of his potential revenge. Having escaped from the minimalist moving walkway that leads to the Other World, Joe's soul will fall into the Anti-World, a sort of preparation place for the "new souls". Here Joe will meet 22 (whose Italian voice is that of Paola cortellesi), a listless and impertinent soul with whom he will establish an atypical but terribly deep bond.

The meaning of life

Precisely through the conflicting relationship with 22, the film intelligently manages to combine and amalgamate all its thematic nuclei. 22's "in formation" soul has a lot to learn, it needs to find what is called "the spark" in the film, that quid necessary to obtain a pass to Earth. But even Joe, perhaps, can learn something from 22.

A very measured writing work, without any flaw, which also has the courage of the implicit, of the unspoken. Soul is in fact essentially devoid of cloying or explanatory dialogue and you will never have the feeling that the characters are talking to the viewer. Soul is a story in pictures (and music, of course), the first essence of cinema, since sensations and emotions don't need captions. A film about the meaning of life that talks about regret, cultural heritage, parenting, the generational clash and death with a truly admirable lightness.

A very measured writing work, without smudging, which also has the courage of the implicit

Soul is like life itself, it must be savored in its simplicity, without excessive superstructures or mental constructions, only by preparing oneself for the best. If you are a receptive spectator it will hit you straight to the heart, even hard, and make you think deeply.

The story of Joe Gardner is in fact a story like many others, the story of an ordinary man with an overwhelming passion seasoned with fears and regrets. And it is precisely for this reason that he manages to rise with simplicity to a universal level.

The same simplicity with which the world of souls is represented, a perfect counterpoint to a chaotic and colorful New York, which always seems to be photographed at sunset or dawn.

An original and highly inspired aesthetic minimalism, which is also reflected in the characterization of the characters. Particularly original are the Jerry, the consultants of the Anti-World, outlined two-dimensionally with a continuous line, halfway between the icon of the macOS Finder and the famous Cavandoli line.

The artistic direction is always sumptuous and the contrast between the two worlds is not a mere stylistic quirk but finds a precise confirmation in the story. The Anti-World is ethereal, but also a little aseptic and two-dimensional; the Earth, on the other hand, is a big mess, but in its chaos it celebrates life in all its nuances.

In contrast are also the musical accompaniments that characterize the two environments: where in the earthly New York jazz explodes in all its virtuosity thanks to the original compositions of Jon Batiste, in the world of souls is the electronic minimalism of Trent Reznor e Atticus Ross to bewitch with its almost hypnotic gait.

From a technical point of view, as it is now reasonable to expect from Pixar, excellence is achieved, with extraordinarily expressive animations. The direction is measured but inspired, with some very original but always functional staging solutions.

A praise also to the adaptation and the Italian dubbing (reference version for this review of Soul) with Neri Marcoré very good and practically unrecognizable in giving voice to Joe. Also very pleasant is the piece that accompanies the end credits of the Italian version, "Villa Incognito", by the internationally renowned pianist Stefano Bollani. 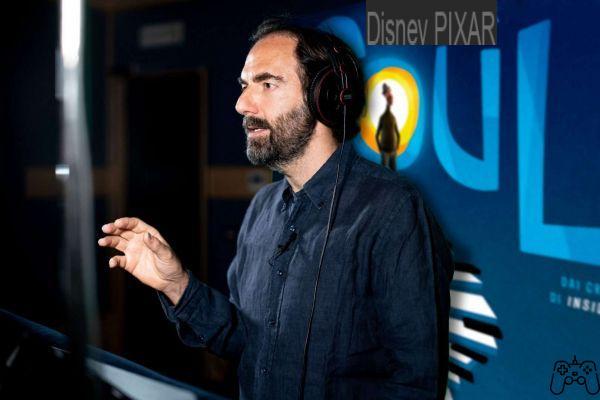 In a hard and atypical year like this, with a decidedly unusual Christmas, the arrival of this little gem, from December 25 on Disney +, is definitely a welcome gift. Docter's Pixar formula finds in Soul its maximum fulfillment and the greatest possible depth. A film of rare delicacy and skill capable of lowering any emotional defense.

This Soul review therefore ends with a tip: on Christmas Eve let Soul play the strings (or frets if you prefer) of your soul.

Review of videogamingallday.com Did you like the article? Share it!
Audio Video Soul, the review of the new Pixar film
The best moveset for Gyarados in Pokémon Go ❯

add a comment of Soul, the review of the new Pixar film