Tributes to the history of video games and its interpreters have been seen galore in recent years, so much so that the celebratory collection Super Mario 3D All Stars, released on the occasion of the XNUMXth anniversary of Nintendo's most famous mustache, shouldn't surprise that much. This collection of three of the most iconic Mario in three dimensions has the objective of celebrating this anniversary by bringing a piece of history back into the hands of the players, or rather three. It would seem a not particularly complex task, especially given the already excellent quality of the original chapters.

But the problems are around the corner. Avoid distorting the original on the one hand and trying to update the product to modern mechanics on the other are the two scales that must be balanced every time you try to bring the past back to contemporary times. Returning to the game, Nintendo has chosen to put Super Mario 64, Super Mario Sunshine and Super Mario Galaxy in a single package, choosing not to include the second chapter of Galaxy in the package. A choice that weighs heavily on the overall balance as it prevents from really closing Mario's path in the third dimension before the advent of high definition.

A remake was needed, but instead ...

Net of this gap, the initial perception is immediately clear. You feel like you are in a time machine, a window into your past, a revival of bygone times that everyone wants to relive in their hearts. Starting once again from the Nintendo 64, from the milestone that inexorably marked the entire world of video games is always a pleasure. But it is also the first great disappointment. Mario 64 is a timeless masterpiece, whose mechanics and design solutions and animations are still incredible if you play now and take into account the period in which they were proposed. Yet seeing it revived for the umpteenth time in its original guise hurts the eyes and also the spirit. After so many years the angular polygons of the plumber, the penguins and the whole world do not do justice to the prestige of this progenitor.

A remake of Mario 64 would have been much more than welcome as well as almost obligatory.

In a period in which the complete makeover of the games is an almost habitual constant, a re-editing of the textures and models, which today seem a bit rough and washed out, would have been almost predictable. A remake of Mario 64 would have been more than welcome as well as a must. And instead nothing. This version of Mario 64 is a step backwards for content when compared to the one that appeared on the Nintendo DS years ago. There is no trace of the additional contents of the portable version and moreover the game does not even take advantage of the entire enlarged screen of Nintendo Switch, returning the canonical 4: 3 of the era of cathode ray tubes. On the progenitor of Mario 3D there was a need to do much, much more because today it is really difficult to still digest the controls, graphics and camera system and the approach to puzzles that brings as a dowry as if it were started with an emulator ( as it appears from data mining). It is just a pretext to travel on the wings of memories for the umpteenth time.

The welcome return of the sun, but ...

Thankfully, Super Mario 3D All-Stars also contains more. Better to move on. And in the passage from one game to another, the menu that acts as a superstructure to the choice of the three games denotes a lack of care. No graphic frills or attention to detail. A spartan menu which offers only the box art of the three games and the related soundtracks through which to scroll to select the game designated to open the passage in the space-time flow of memories. Better to postpone and go straight to the next game or Super Mario Sunshine, perhaps the most interesting game since the least appreciated and perhaps least played of the three. Also in this case, although the graphics of the game are much more current than the 64, the revival of the title is practically identical to the original one. The contrast and brightness have been improved by the high definition, but otherwise everything has remained almost identical. A practical example is the button icon that allows you to switch from one type of Splac 3000 accessory to the other which is still the original GameCube one.

Obviously some command adaptation there was but it was more due to force majeure than a desire for actualization. A practical example is the absence of an analog trigger which in the past allowed to dose the pressure of the water jet to also vary the distance and which is now managed only by another key that allows to direct the flow not being able to move since the l tilt is managed by the same stick as the character's movement. A somewhat cumbersome solution both to explain in words and to use in game. The result is that the pleasant experience of Super Mario Sunshine (which I will never stop saying is a chapter underestimated by many, ed) is also in this case "dirty" and slightly less easy than in the past.

The galaxy and the jukebox saves everyone

It closes with Mario Galaxy, the game that more than the others did not need any changes in its excellent realization and that received just the few tricks necessary to make it fit the Nintendo Switch suit. The controls have been adapted to the Joy-Con (actually very similar to the Wiimote, so little work) but also to the touchscreen allowing you to play discreetly even on a laptop. The Pro controller and its motion sensors also fulfill the task of commanding Mario in the galaxy well. High definition did the rest by making galaxies even brighter in a game that needs no introduction or additional proclamation. Its perfection manages to cross the two generations between the first release and this collective port, raising the fate of the entire package.

Super Mario 3D All-Stars would seem to be over here and instead the highlight comes at the end, when you finish using the controller to command Mario and start using it as a remote control to navigate between the soundtracks of the soundtracks present as extras. After all these years the songs of the three games are still a perfect mix of familiar tradition and harmonic variations on the topic. Sunshine's songs are to be rediscovered in their sophisticated choice of sounds. Those of Galaxy are one of the high points reached by the Super Mario soundtracks. And the ability to turn off the switch screen and go around with these music to soundtrack the day warms the heart even of the dullest days.

Past cult or past cult? 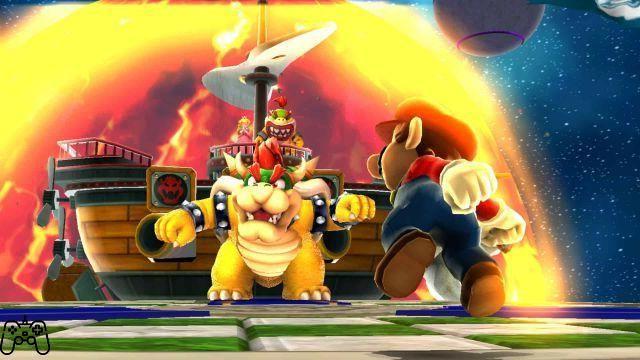 This is one of those rare cases where the sum of three masterpieces results in a lower value. One can understand the desire to pay the right homage to a saga that after thirty-five years of honorable service still demonstrates its merits, but the work done on Super Mario 3D All-Stars really was low. Bringing the three games back practically as they came into the world in their time highlights all the flaws that were much less tangible yesterday. Today we play differently and modernizing a minimum while keeping faith with the original is a necessity, not an option. This collection possesses an heirloom nature rather than software to enjoy.

I played the three games on Nintendo Switch for about thirty hours purely in TV mode. I then spent a couple of hours listening to the best songs of the various sound tracks with headphones, comfortably lying on the bed in portable mode. 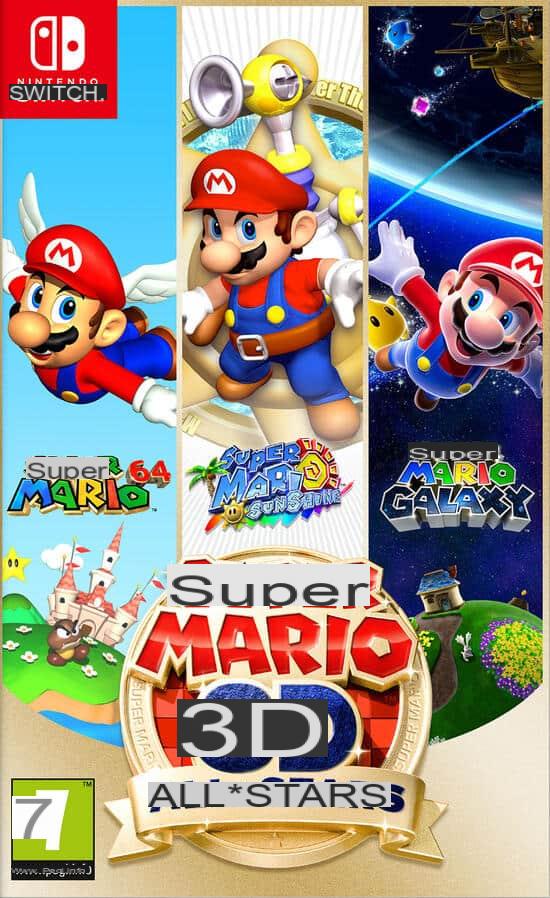 Out of the game itself, the choice of market the game for a limited time makes it even clearer the goal of giving fans a collector's item by trying to push on the potential rarity of the product to raise its value in future projection and make it more appetite by the public. From March 31, 2021, the game will no longer be available in digital or physical format, perhaps making it definitively a fetish for video game lovers, all to the detriment of the players and to the benefit of net sales at the end of the fiscal year. Yet all this navigating in the past has its merits: trying these pieces of Mario 3D history again gives the opportunity to test and appreciate the evolutionary path of the plumber and to appreciate more Super Mario Odyssey, a game that the writer had so far considered a discreet title and nothing more and that this collection is pushing me to replay.

More was expected for such a collection. Simply emulating a game without updating it is not enough. It was necessary to update. The only good thing is Galaxy which, even for its age, still holds up well the weight of the years. The rest is dated and re-proposed in a too crude and spartan way.

The return of the sounds of the past, so familiar and hard to find fault with, can only please. The soundtracks to be listened to as a separate album out of the game make you appreciate even more the quality and unique features.

Other than Galaxy, there has been no noteworthy renewal. The quality of some choices is still appreciated when compared to the past, but the comparison with the present is merciless. Years old bugs and controls would have deserved more attention and not a faithful repetition.

Did you like the article? Share it!
Audio Video Super Mario 3D All-Stars, a sum that doesn't make a difference
How to use Dynamax Crystals ☆ And428 and ☆ And15 in Pokemon Sword and Shield ❯

add a comment of Super Mario 3D All-Stars, a sum that doesn't make a difference