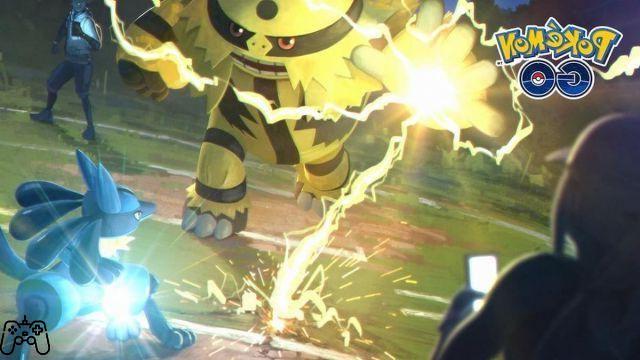 The Ultra League Remix in Pokémon Go is a good opportunity to mix things up and try something new by participating in the Battle League. The rules for the Ultra League Remix work a little differently than the original. The rules are more or less the same, where you can only use Pokémon that meet the requirement of 2.500 CP or less, but the 20 most popular options from the first part of Season 8 have been removed. These Pokémon were the most used choices by players and now you will have to think about a new team. These are the top Pokémon teams for Ultra League Remix in Pokémon Go Battle League Season 8, July 2021.

When selecting a Pokémon Go PvP team, you want to split your team into a Lead, Switch, and Closer option, for a full team of three Pokémon.

We will start this first team with Jellicent, an excellent Lead Pokémon capable of being extremely spam with its attacks, and is a great bulky option. As a backup, you want to use Lucario as the Switch, a fast attacker with heavy shield pressure against some of the more glass cannon choices. Finally, in the Closer role, we highly recommend going with Meganium, a sturdy Grass-type Pokémon.

Gengar can be an unorthodox Lead Pokémon. It has much more offense than defense, but it can seriously injure most Pokémon it will fight. However, you may want to switch to your Pokémon Switch, Nidoqueen, the shadow version, quite quickly. Nidoqueen is another fast spam attack that can use its loaded moves quite often in most battles. To keep the line, we highly recommend the legendary Regirock.

When it comes to Steelix for the Lead Pokémon, your opponent will likely have a hard time battling it. It has a decent amount of attack, but is a sturdy defensive Pokémon that can be difficult to counter. For your Switch option, Roserade will be a good choice. He has an attack boost with poison and flexibility with the weather ball (Fire type) in his move set. For the ultimate Pokémon Closer, Blastoise is a good choice that can be difficult to fight after facing Steelix.

This can be a fun and exciting team if you want to experiment a little. Politoed is quite powerful and you can make it even stronger by using the shadow version, but we recommend the standard one to maintain defenses. When considering your Pokémon Switch, Dragalge can be used, given the Dragon Tail power-up. Finally, Heracross is another brawler who can do some heavy damage, but has decent defenses to keep him involved.

To finish on this list, we want to put Skarmory in the lead role. Skarmory is always an easy option and has continued to reach the top of the charts, and we will always recommend it somewhere in the Great or Ultra League. To support him in the role of Switch, Gallade is a fast fighter who can fight multiple Pokémon, making it a flexible option. In the role of final Closer, Regice, one of the best Closers in the Ultra League, is right next to Regirock.