The Evil Within 2: the return of the adventures of Sebastian Castellanos

After having sanctioned for many the rebirth of a genre believed to be dead, that of survival horror, The Evil Within 2 returns improving the playful part of the first chapter but still leaving behind some uncertainties.

The Evil Within 2 it is closely linked to the events of the first chapter and is set three years later. We will find ourselves in front of a Sebastian Castellanos placeholder image destroyed by the events of Beacon Menetal Hospital and that he still feels remorse for the alleged death of his daughter Lily during a fire. The protagonist will become aware of International, a virtual city populated by real people created by Mobius through it STEM and that it exploits Lily as a core, being an incredibly stable subject thanks to its childish purity. The daughter of Sebastian she was kidnapped by the secret society the night of the fire. The intent of the Mobius is to connect the whole of humanity to the STEM going to trap people inside a virtual simulation.

Something went wrong after that Lily it has disappeared, causing the entire town to fall into a descending parable of chaos and destruction. Taking advantage of the general chaos some psychopaths will shape International and they will devastate the world as they please. It will therefore be up to Sebastian connect to the car and look for clues about the events that led to the disappearance of their daughter. The characters you meet throughout the adventure are all very well written and characterized and it won't be long before you get attached to them. The story is intriguing and well written right from the start, managing to investigate issues such as the thirst for power and the sense of guilt with some moments that I would not hesitate to define memorable. In addition, the character of Sebastian is characterized in an excellent way through his continuous introspection.

The scenarios in which we will live our adventure are immediately dirty and decadent. Adding to the effect of disgust and nausea are the putrid and mangled bodies of the inhabitants of International now infected with an unknown virus. Devote yourself to the exploration of International it is not only pleasant but also functional as only by searching the map you will find collectibles and useful materials crafting.

One of the few shortcomings of the title are perhaps the hallucinatory and destabilizing sequences of the first chapter, present here in smaller quantities. Widely criticized in the first chapter, the black bands have been removed to enjoy the full-screen adventure even if they can be unlocked once the game is finished.

In The Evil Within 2 we will find ourselves having to take advantage of various approaches to make our way through the enemies, as going with the weapon leveled especially at the higher difficulty levels will not always be the most suitable choice. The cover system has also improved to induce the player to have a more stealthy and less chaotic approach even though the artificial intelligence turns out to be deficient most of the time. During the adventure there will also be more traditional sequences for the genre, especially during a secondary that will bring  Sebastian to relive the events of the first chapter firsthand. Despite remaining faithful to the canons of the genre, the movements of Sebastian they will be more fluid (albeit with some uncertainty about the animations) and the camera will be much less suffocating.

The presence of larger and more explorable maps than its predecessor gives the title of Tango Gameworks a much wider breath without affecting a level design that always stands at optimal levels. There will also be secondary activities, all well structured and never banal, that we can complete around Union. The green gel will be present again which will be dropped by enemies and bosses killed and will allow us to increase our skills. The enhancements of Sebastian will be divided into five different categories, namely health,  athletics, recovery, stealth  e combat. To empower ourselves we will again have the chair of the first chapter available together with our old friend  Tatiana which in this chapter will be less enigmatic and more open to giving us advice. In the shelters we could find a coffee machine that will allow us to restore life.

The boss fights, albeit in smaller numbers, are definitely exciting, with a high-level design and very varied attacks. Honorable mention for a good PC optimization even if it is slightly unstable, especially on less performing machines. There are three different difficulty levels from the first game. 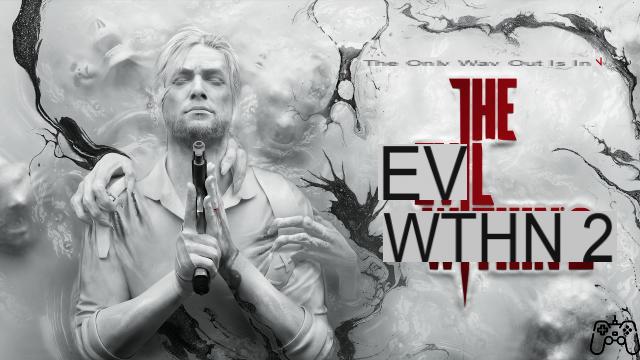 Summing up The Evil Within 2 presents itself as a worthy successor to the first chapter by improving the gameplay but bringing with it some defects in artificial intelligence and on the technical front. The latest effort of Tango Gamesworks has managed to place itself in the market as one of the best survival horror present with fun gameplay, an excellent storyline and an exploration that tempts the player to explore every corner of the map, all enhanced by a level design that always stands at high levels.

In case you want a taste of the macabre and picturesque atmospheres of The Evil Within 2 we invite you to take a look at our dedicated Photo Gallery.

The macabre and disturbing atmospheres of the game are enhanced by a technical sector of all respect thanks to the use by Tango Gameworks of the Stem Engine (derivation of the id Tech5).

Equipped with excellent Italian localization and good dubbing, The Evil Within 2 is also graced by a fine soundtrack.

The open world introduced in this second chapter does not distort the essence of the first chapter, but amplifies it by offering many more possibilities of approach thanks above all to an excellent variety of weapons and usable objects. The progression system also prompts the player to browse around the map to find green gel to upgrade or useful materials for crafting.

Did you like the article? Share it!
Audio Video The Evil Within 2: the return of the adventures of Sebastian Castellanos
How to get Fortnite on Android in 2020 ❯

add a comment of The Evil Within 2: the return of the adventures of Sebastian Castellanos