When a DLC it looks dangerously like one secondary mission of the main game automatically raises a series of questions about the added value of such a product. In the case of The Outer Worlds this reasoning is very pertinent, in fact Danger on Gorgon keeps the entire RPG play system intact Obsidian released last year and fits it with a storyline perfectly adhering to the aesthetic-narrative canons of the pre-existing world.

However, returning for the second time to already familiar places requires a more disenchanted critical look and less prone to tolerance for defects. So let's see how the return to the galaxy went Alcyone.

The narrative premise is to explore a planet, Gorgon, on which very serious events and unknown causes have occurred. The ramshackle crew on board theUnreliable he is in fact hired by a mysterious scientist in an equally mysterious manor to carry out investigations. Without going into too much detail, it can be said that the particularly dark premises of the story are fully in the strings of the Obsidian writers, so it is not surprising that the plot is inherently interesting and peppered with shrewd and cutting jokes. The ferocious satire against the hyper-corporate society indeed remains the anchor around which a wise writing clings, undoubtedly remained the best asset of the game, as well as the element capable of giving a glimpse of the real potential of its development team.

However, the favorable economic situation realized at the release of The Outer Worlds, during which there was a hunger for Post-apocalyptic RPG with a compelling storyline, it has been running out for quite a while and the flaws of the original game, to which we were all happy to turn a blind eye at the time, are now clearly visible. In many of its elements, Pericolo su Gorgone shows compromises at the production level. If we add to this the substantial lack of innovative elements which immediately characterized the work, it is difficult to find a clear and well-defined focus of interest. Perhaps it would have been wise to reduce the scale of this DLC, in order to get rid of the heavy burden of the boundless but empty environments of the various planets: a closed and limited setting, for example, would have allowed a greater density of characters, thus highlighting the strong points of the game mentioned above.

The role in the gameplay

The playful sector is subordinate to the narrative one, and aims at least to offer a decent one variety of approaches to the player. Analyzing each of these approaches in detail, some criticalities emerge: the gunplay is awkward, theartificial intelligence it is not received and the controls are generally woody. These are certainly not strengths of the genre of post-apocalyptic RPGs to which The Outer Worlds aspires to belong, however in this DLC the shortcomings are much more striking than they did the first time, at the release of the game. The many months the team had to refine the edges of the original game resulted in almost no tangible improvement.

Some areas, both indoors and outdoors, are teeming with enemies and therefore inevitably lead to shootings: the action is very static and, despite the many types of weapons available, repetitive. Enemies are limited to their respective patrol areas and, when engaged from the front, tend to escape in a very chaotic manner. Substantially better is the role-playing component: Carefully developing certain skills of our character is often the only way to have access to the best dialogue options. It is in these cases that the game takes a sigh of relief, stops struggling to put all its pieces together and focuses solely on keeping the player's attention. There is no doubt that this is a solid foundation on which to build: in fact, in all likelihood, Obsidian will put its resources to good use. Microsoft to better frame his desire to entertain with an ambitious narrative-driven RPG, pursuing a second exploit later Fallout New Vegas. In fact, the new title, avowed, was announced a few months ago for the next generation of consoles.

The not particularly ambitious technical sector balances with the artistic one, not very brilliant but at least decisive and coherent. THE bright colors they remain impressed and bring an interesting contrast to the gray decadence of the post-apocalyptic genre. Gorgone is not unlike the other planets of the Alcyone galaxy, however it contains a sufficient number of points of interest to maintain a good level of characterization of the world. They are quite indigestible i drop in frame rates (experienced by myself on PS4 Pro) in the most agitated situations.

I played The Outer Worlds: Peril on Gorgon on PS4 Pro, thanks to a code review. I completed the main quest in about five hours, spending at least one more on secondary activities and one more to remind me how to navigate the menus. Excellent audiovisual rendering. The game is in the original version with well-made Italian subtitles. 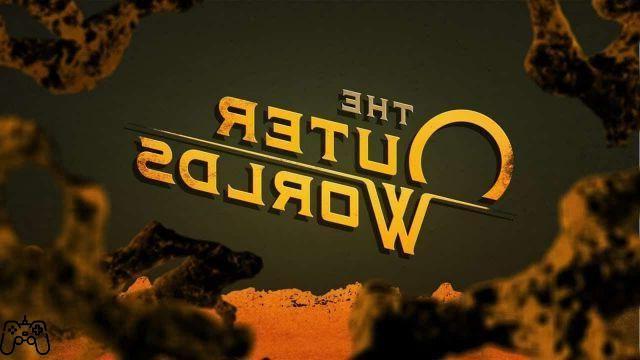 Unlike full games, DLCs have to justify their existence: why invest in an expansion when there are so many new products to try and discover from scratch? Here, Pericolo su Gorgone the problem has obviously not arisen. This isn't necessarily bad: The Outer Worlds is a great game competent, which aspires to a larger scale than that of the productive resources that have been dedicated to it. However, the lack of injection of a new creative vein brutally penalizes this expansion: in the absence of the pleasure of discovering a new world, defects and limitations emerge with arrogance. That said, there remains the belief that Microsoft will finally put Obsidian in the position of giving substance, without compromise, to its vision. For us players, this will certainly be good.

Somewhat old-fashioned technical sector, although supported by a very clear and lucid artistic vision. Frequent drops in frame rates can be very annoying

Same level of musical accompaniment and voice acting as the base game. Well-made Italian subtitles

What shines is only the component of character development that is well linked to the system of multiple choices and complex ramifications of the dialogues. For the rest, gunplay and stealth are woody and, coupled with an elementary artificial intelligence, generate very static game situations.

Did you like the article? Share it!
Audio Video The Outer Worlds review: Danger over Gorgon
Guide to Fifa 2005 ❯

add a comment of The Outer Worlds review: Danger over Gorgon