The Review of Mafia: Definitive Edition, a remake that cannot be refused

In 2002 the "concepts" of Open World, open spaces and cinematic experiences were much less rooted than today, everything that arrived rightly caused a certain sensation, a breath of fresh air that was rightly rewarded by both critics and players.
At the end of 2001, Grand Theft Auto 3 was like a bolt from the blue for freedom within video games, a few months later Mafia: The City of Lost Heaven has helped to raise the bar of narrative within video games, thanks to an impeccable (for the time) acting, a quality story and a respectful reproduction of the 30's, complete with cities to explore with the machines of the epoch.

The posthumous tale of Thomas Angelo and his rise as a gangster, prohibitionism, the struggle for the territory between Salieri and Morello masterfully told and interspersed with car chases, firefights, double games: at the time Mafia represented a small masterpiece.

18 years later comes the Definitive Edition of the title, a complete remake that remains faithful to the original story and structure, but completely revises the technical sector and adds several improvements / changes to the gameplay to make it more current and usable even for new players.

Below is the detailed video review, with gameplay sequences:

In the useful info box some of the changes compared to the original title, followed by the card with the vote! 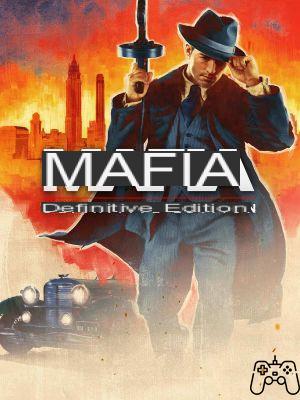 An excellent work of remake, especially as regards the lighting system that gives new life to the city of Lost Heaven. The definition of the textures is also excellent, minus the animations and other effects. PC gaming isn't too technically demanding.

The original, rearranged soundtrack is always of quality, in addition to new songs. Also valid for dubbing in Italian.

An "open" action but strongly linked to the narrative component, which still remains interesting and exciting today. Good changes to the gameplay to make it more modern, revisable artificial intelligence and hand-to-hand combat.

Did you like the article? Share it!
Audio Video The Review of Mafia: Definitive Edition, a remake that cannot be refused
Where to find the Everstone in Pokémon Brilliant Diamond and Shining Pearl? ❯

add a comment of The Review of Mafia: Definitive Edition, a remake that cannot be refused