The review of The Mitchells Against the Machines, the new film from Sony Pictures Animation

Is a screwdriver more useful than a smartphone? If this question seems bizarre to you, wait until you read this review of The Mitchells Against Machines, the new and colorful feature film from Sony Pictures Animation, the production studio behind the acclaimed Spideman: A New Universe, winner of the videogamingallday.com 2019 award for best animated film (here our review).

Because bizarre is certainly the first word that comes to mind to describe this highly original vision, visually captivating and capable of moving at the same time, while never taking itself too seriously.

As can be guessed from the title of the film, the family is the thematic nucleus around which everything revolves. That of the Mitchells is the classic dysfunctional family like so many we have seen told in the cinema or on TV. “The worst family in the world”, as they define themselves at the beginning of the film, which basically lacks communication.

Katie, the protagonist, is a creative and slightly nerdy girl to whom the small provincial reality is terribly close and dreams of being admitted to a prestigious college in California. About her The short films of her odd about her (at times she seemed to us a sort of young follower of Edward Wood Junior) enjoy some success on the web but are totally snubbed by his classmates and, even worse, by his parents.

Katie has a particularly conflicted relationship with Rick, her father, who effectively represents the stereotype of the totally illiterate middle-aged man with respect to technology. Rick is a lover of nature and do-it-yourself, he always has a screwdriver in his pocket (you never know) and he would like his eldest daughter to share these passions with him, rather than take refuge in the intangible world of the web.

The family is the thematic nucleus around which the film revolves

Rounding out the picture are Linda, a loving and caring mother, who works hard despite being terribly clumsy, and Aaron, Katie's little brother, an extremely shy kid with an insane passion for dinosaurs. No less important is Monchi, the singular pet of the Mitchell family, a particularly ugly, particularly clumsy and particularly lazy small dog.

When Katie finally manages to be admitted to the college of her dreams, her parents decide to drive her to remedy some recent misunderstanding and quarrel. A family trip that turns the film into a road movie, at least until a sudden revolt of robots, the latest discovery of the multinational PAL (evident parody of Apple), will try to enslave and destroy the whole of humanity.

Together with the main theme of the family and the father-daughter relationship, The Mitchells against machines tries to tackle others that are no less interesting and important. First of all the impact of an increasingly invasive technology on interpersonal communications (at dinner the Mitchells cannot look each other in the eye, each kidnapped by his personal device) and the prevalence of appearing over being in the age of SOCIAL MEDIA (the always beautiful and happy neighbors on Instagram).

Secondly, the film tries to bring forward a discourse on diversity and uniqueness, as well as on the harmful effects of a forced homologation. The Mitchells, in fact, feel wrong precisely because each member of the family does not accept the peculiarities of the other. Rick would like to mold Katie into her image and likeness, Katie would like her father not to be who he is, Aaron does not accept himself.

Some themes are a bit wrecked in the frenzied pace of a film that aims, first of all, to entertain and make people smile.

The film also tries to warn about danger of categorization at all costs through one of his most brilliant recurring gags: the artificial intelligence of machines are unable to "define" the nature of Monchie due to its atypical appearance, leading the robots themselves to self-destruction.

In short, the film puts a lot of meat in the fire. Unfortunately, however, some of these themes are a bit wrecked in the frenzied pace of a film that aims, first of all and always succeeding, to entertain and make people smile. Certainly it is useless to expect an anthropological treatise from The Mitchells against machines, but if the film had dared a little more it could have aspired to a completely different depth.

Nonetheless, the film is also capable of genuinely moving thanks to the love and hate relationship between Rick and Katie, brought to the screen in the most classic of ways but not trivially. The generational clash, the need to find one's own identity and one's own path is combined, as in everyone's life, with the love for one's roots, for one's place of origin which, at times, we are able to appreciate only through detachment and remoteness. 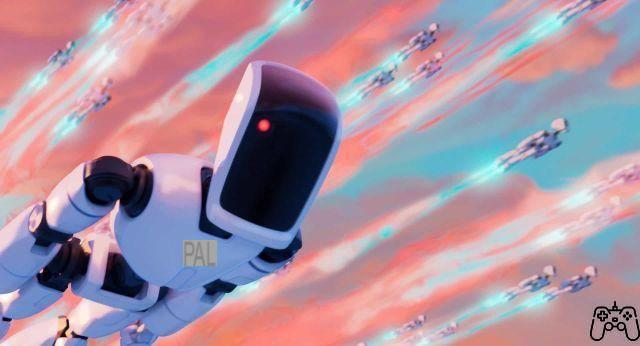 A riot of color

At this point in the review of The Mitchells Against Machines, it is only right to say a few words about the sumptuous visual appearance. As for the previous Spiderman: a new Universe, the Sony film focuses a lot on the mixture of different styles blended with skill and consistency. Also this time the main influence is that of the paper comic, with onomatopoeia on the screen, sudden freeze frames and clearly evident lines of movement. But there is no lack of references to culture just plain pop, from memes to cinema, through video games.

The Mitchells Against the Machines is an absolutely post-modern film in its ability to engulf and rework languages ​​and situations and there is no shortage of direct quotes to great cinematic classics of the past, from Back to the Future a Kill Bill.

The two hours of viewing go by very quickly and are always a feast for the eyes. The pace is crazy and you go from one gag to another seamlessly, with the slapstick to master it brilliantly.

The action is always over the top with some deliberately exaggerated moments: falls from disproportionate heights (in a Pixar movie they would probably lead to death) and characters who show off, suddenly and for no reason, an enviable knowledge of martial arts. 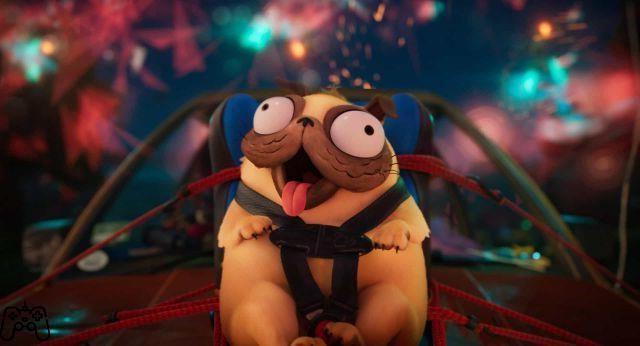 In a year when an animated film like Soul (here our review), full of existentialism and delicate lyricism, takes home yet another videogamingallday.com for Pixar, The Mitchells Against Machines is proposed as a crazy, carefree and original film, confirming the will of the animation studios Sony to differentiate itself from the competition. And it also aims to answer the opening question: screwdrivers and smartphones are both useful, each for its particular characteristics, just like each of us.

The writing is certainly easier than the previous work of the studio but not sloppy, on the contrary.

We therefore feel, at the end of this review of The Mitchells against the Machines, to warmly recommend the vision on Netflix starting April 30, 2021.

Review of videogamingallday.com Did you like the article? Share it!
Audio Video The review of The Mitchells Against the Machines, the new film from Sony Pictures Animation
Assassin's Creed Origins cheats: how to discover all papyrus puzzles ❯

add a comment of The review of The Mitchells Against the Machines, the new film from Sony Pictures Animation