The return to the past and in any case the "nostalgia operations" have been an integral part of the video game market for some time. Remake, Remastered, Enhanced Edition are now a well-established reality in the software field. These are also joined by mini re-editions of vintage consoles and computers. A modernization that serves both to exhume old glories and to make some classics enjoyable in an "official" way, as well as to liven up the most nostalgic and also to divide them since these "machines" have always divided the public between purists and non-purists.

The THEC64 Mini, that is the miniature re-proposition of the famous Commodore 64, one of the 8-bit computers that has written indelible pages in the history of home video games but also of computer science in general. This operation signed by Retro Games LTD was born after those made by Nintendo and materialized in recent months when the house of the great N first proposed the Nes-Mini and then the Classic Mini Snes or the much loved 8 and 16 bit miniature consoles.

But let's get back to him, to the THEC64 Mini, officially announced during the Games Week in Milan in October 2017 and which immediately made headlines. The reason is obvious: bringing back a computer originally born in 1982 but capable of placing hundreds, if not thousands, of historical titles, is by no means a simple thing. The old C64 was also able to hold its own for several years and to last until the early 90s in a market where 16 and 32-bit computers and consoles dominated. Paul Andrews (leading the larger IndieGoGo funded project which also includes the distribution of a 64: 1 scale C1), and partners have had to work hard to bring the THEC64 Mini which arrived in stores at the end of last March.

Once the small package is opened, the unmistakable reduced-scale shape immediately stands out (we are talking about 50% less but at a guess we think that the original is even bigger than double, ed), of the dear "big biscuit", that is the Commodore 8-bit computer with the old case. The keyboard is figurative only: it doesn't work and this for those who love original hardware is a serious blow anyway. Furthermore, it should be noted that it does not bring with it the basic commands that prevailed in the original keyboard. But, really practical, we are talking about "venial sins" because the two USB ports allow you to attach a physical keyboard and use this computer as if it were a Commodore 64.

The equipment also speaks of an HDMI cable for connection to today's televisions, a USB cable for power supply (but there is no transformer and therefore it will also base that of your mobile phone for example or one that supports USB and 5V), of a joystick (similar to the Competition Pro) which however is not equipped with a microswitch. The real sore point, if you like, is this. The controller wants to replicate one of the most famous joysticks of the time but there is a feeling of fragility. There has also been talk of slight imput lag. We believe that this is a sort of physical problem rather than hardware because if we play like blacksmiths on the lever, everything responds as it should. The problem, if anything, is the resistance of this joystick which in addition to the classic fire buttons is equipped with two triangular buttons almost at the base of the lever and four back buttons on the top of the base. One of these (the one on the right) is used to activate some menus to select options such as the activation of the virtual keyboard which may not be very comfortable but which is still better than nothing, or to navigate between other parts of the menus.

The positive notes, however, are many. Starting with the supplied software. The emulator runs on a Linux system and can be updated via a key USB. In this regard, the firmware has already been updated once and a new improvement will come soon that will affect some interesting features.

The system allows immediately, turnkey, to be able to choose and have fun with one of the Giochi 63 (one is the Basic which certainly cannot be defined as a game, ed), pre-installed. This is thanks to a very intuitive user interface also accompanied by images of the titles and a brief description. All this is accompanied by a tune made by Matt Gray, one of the heroes of the SID (the sound chip of the C64, ed). And it is good to remember that once you have started the game you will not have to wait for the loading of the data which also on the disc turned into a wait of a few minutes. Once the title is selected, it will start instantly. Obviously you can also choose the graphic filters to use, the format (Pal, NTSC, 4: 3 and so on) or select the language. Among the features there is also that of saving the game in progress and resuming it when you want.

Among the 63 titles proposed in the line-up we find some big names and we notice many absences, painful in our opinion but inevitable given that in any case we have to do with licenses and rights. Needless to complain about the fact that many masterpieces are missing such as the two Turrican or The Last Ninja series and we could continue indefinitely. It is more correct to focus on what is there and we have a lot of meat on the fire.

We can have fun with titles such as Armalyte, Boulder Dash, Creatures, the two Impossible Mission by Epyx, Rubicon (one of the last big names released for the Commodore 64 in the early 90s), the hilarious ones California Games, World Games as well as the most serious (Olympic medals up for grabs) Winter games e Summer games ii, but also to artistic masterpieces such as the two Cybernoid, or play excited games for the two Speedball or admire the parallax effects and excellent soundtrack of Hawkeye. There are all-time classics such as Pit Stop II ed uridium.

The rest of the titles are certainly of a good standard and represent old glories perhaps not so famous, but it is useless to complain too much also because the THEC64 Mini offers the possibility of adding additional games via USB. The procedure is a bit complicated: basically you have to insert the game image files in diskette format (.D64), put them in a USB key formatted in FAT32. There will be no need to use folders but you will need to rename the file to “THEC64-drive8.D64”. You must then start the key by starting the Basic and enter the following commands: LOAD “$”, 8 and then LIST. Select the program by typing the command: LOAD “X”, 8,1 where X stands for the name of the program. If it does not start automatically, just type RUN.

This operation is cumbersome and certainly not the best, especially for those games that reside on multiple disks. Not bad: a new update will arrive shortly that will take care of just this and further simplify this maneuver which, however, is not impossible and allows you to expand the library of titles to your liking.

But what makes this all work? What do we have inside the hood? The developers spoke in an interview about hardware comparable to that present in the Mini-Nes. In the various tests done under the magnifying glass of enthusiasts and geeks we finally found out what is actually there.
We therefore find an A20 Allwinner card that mounts a dual core Cortex A7 while the graphics are managed by the Mali-400, an ARM platform with HDMI 1.4. 256 MB Ram and 256 MB Rom. The firmware we mentioned earlier runs on this. No more, no less.

What's in the box? The THEC64 MINI console, a classic joystick, an HDMI cable, a USB cable for the power supply (USB AC adapter not included).

The THEC64 Mini will certainly still be talked about. And it's definitely destined to split the audience in two. In our opinion, we believe there is room for everyone. The speech that the keyboard does not work on an emotional level can hurt (as well as the lack of many old glories in the basic supply of games), but it can be postponed because it is possible to connect a keyboard via USB and the same goes for the possibility of loading the external game images and add them to the library.

Among the positive notes also the presence of several titles that have made history because in any case we certainly cannot complain about titles such as Uridium, Armylate, Rubicon, Cybernoid 1 and 2, Rubicon, Speedball 1 and 2, Boulder Dash and some others. Excellent possibility to update the system file as well as the line-up of the games always via key. Much worse goes on the controller front.

The hope is that with the next updates, support for modern joypads will be added. In conclusion, if you are passionate in the right way or if you want to discover a piece of the history of video games and information technology, it is appropriate at least to think about it. If you are fundamentalist and the defects just described are too big, then move on. However, we believe that this is a production with many lights and some shadows useful, however, to revive the 8-bit myth of the Commodore house. 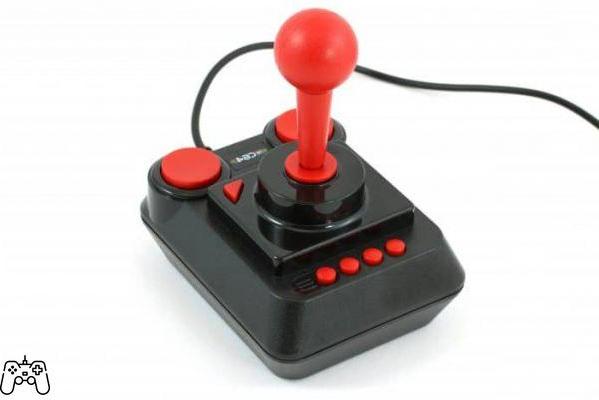 Hardware by Edoardo Ullo Did you like the article? Share it!
Audio Video THEC64 Mini
How to get Shiny Galarian Slowpoke in Pokémon Sword and Shield ❯