When is the Minecraft 1.19 release date?

The launch of Minecraft Version 1.18 will arrive soon, serving as the final part of the Caves and Cliffs update. But gamers are already looking further and wondering what comes next. With that in mind, is there a Minecraft 1.19 release date that fans can mark on their calendars? Here's the latest on the next big game update for the creative survival creation title.

Will there be a Minecraft 1.19 update? 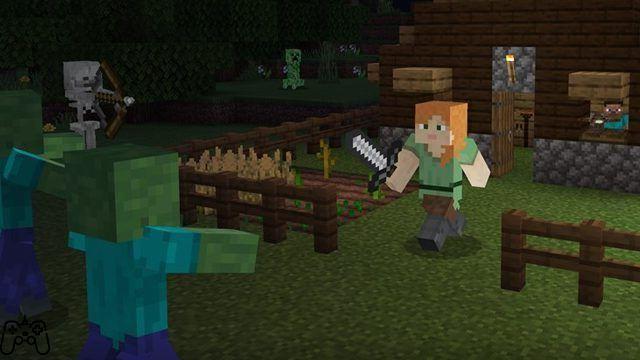 The Minecraft 1.19 update is already in development at Mojang. The release date for Minecraft patch 1.19 is likely to be before or during December 2022, however, at the time of writing, no official launch day has been set.

According to Minecraft developer Mojang, the studio already has plans for what's to come after the Caves and Cliffs: Part 2 update. This apparently refers to Minecraft patch 1.19, which could get an announcement during the upcoming Minecraft Live event. 2021. The event will hopefully inform players what the update includes and when they can expect it to arrive.

Minecraft 1.18 will be out later this year, although there is no specific release window beyond that. Since that means December at the latest, it's easy to assume that the Minecraft 1.19 release date will be December 2022 or earlier. Large game updates are usually released every year so this would be suitable. There was a much shorter gap between Minecraft 1.17 and inbound 1.18, but this is an exception to the general rule as together they comprise both parts of the same set.

It's unclear if Minecraft Update 1.19 will be standalone or split into multiple parts, such as Caves and Cliffs. Obviously, the patch is also subject to delays and could arrive late compared to forecasts. There are no guarantees, especially with the ongoing pandemic that is impacting working conditions.

In other news, fans of superhero movies need to be on the lookout for spoilers. Shang-Chi, Eternals, and Spider-Man: No Way Home all have leaks circulating online.

Audio Video When is the Minecraft 1.19 release date?
Where to find the Slab of Earth in Pokémon Brilliant Diamond and Brilliant Pearl? ❯

add a comment of When is the Minecraft 1.19 release date?