There is a big secret hidden in the mountains in Call of Duty: Warzone. It is a nuclear warhead and is hidden deep in one of the island's bunkers. However, many players do not know where to find the secret bunker, also known as bunker 11, much less how to enter it. Fortunately, with so few times around, uncovering the secret bunker location in Warzone is all a matter of trial and error - and we've done the job for you. Here's where to find it.

Call of Duty: Warzone | Where to find the secret bunker 11 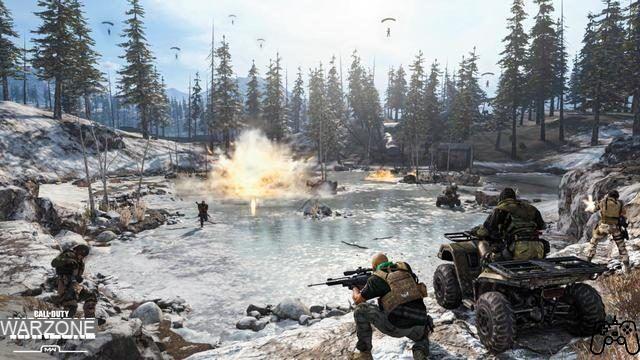 The Secret Bunker 11 in Call of Duty: Warzone is located at the northern end of the island, northwest of the military base. You can find it adjacent to the two-lane road south of the northern border of the map.

ALSO: What is Call of Duty: Modern Warfare Nuke Event?

While the secret bunker isn't exactly hard to find, getting inside is another matter entirely. Instead of using the red access cards, which are used to access the other bunkers on the island, entering Bunker 11 requires you to find a ringing phone. Once answered, the three-digit code required to access Vault 11 will be spoken in Russian.

To make things more complicated, there are several phones on the island and not all of them ring. However, there are only six phones in total, with most of them located around the southern end of the island.

If you want to enter Bunker 11, check if there are any phones in these locations:

After answering the right phone, the code will be communicated to you. If you are fluent in Russian, you will be able to use the code immediately. If not, you may need the help of a translation service. Anyway, after learning the code, you can head to the northern side of the island and enter the secret bunker to find a new blueprint and stash of items.

Call of Duty: Warzone's secret bunker, also known as Bunker 11, sits at the foot of the island's northern mountains. However, you will not only be able to enter; you will need the secret access code spoken when you answer one of the phones ringing all over the island.

Audio Video Where is Secret Bunker 11 in Call of Duty: Warzone?
What are Team Rocket's balloon spawn timers in Pokémon Go? ❯

add a comment of Where is Secret Bunker 11 in Call of Duty: Warzone?