Fortnite Chapter 2 Season 3 introduced three new boss characters to the popular Battle Royale game. One of these is Jules, also known as The Engineer. Gamers are eager to learn more about her, but specifically, who is Jules' father in Fortnite? With rumors swirling that Jules' father may be Midas, keep scrolling for all the latest information. 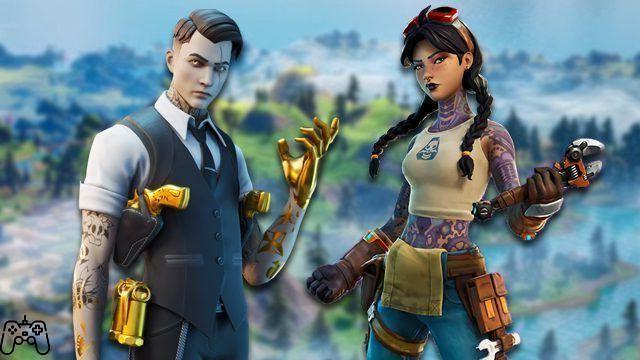 An in-game hint seemed to suggest that Jules is Midas' daughter in Fortnite. Although there is evidence to support the theory, developer Epic Games hasn't made a definitive announcement about the identity of Jules' father. To know for sure, we'll just have to wait and see how the plot unfolds.

The suggestion above is that a photo of Jules could be seen in Midas' room. This Easter egg was hidden in the game's Battle Superpass * tab and seemed to definitely indicate that the two characters shared some sort of relationship. It is not currently known whether that bond is paternal (father and daughter).

Midas was introduced in Chapter 2 Season 2 and may be unlocked by completing the Battle Superpass *.

Jules is a more recent addition and serves as the character chief for the Authority. Players can find Jules in the Authority building in the center of the Fortnite Battle Royale map; by doing so, she can be engaged in a challenging battle. Defeating Jules unlocks new mythic weapons, while, to play as her, you'll need to reach level 40 in the Season 3 Battle Superpass *.

Is Jules Midas' daughter in Fortnite?

Here is the evidence to suggest that Jules is Midas' daughter in Fortnite:

Have you ever wondered what "FC" means or how to insert special characters into a Fortnite username? We've covered those Fortnite Battle Royal mysteries too.

add a comment of Who is Jules' father in Fortnite?