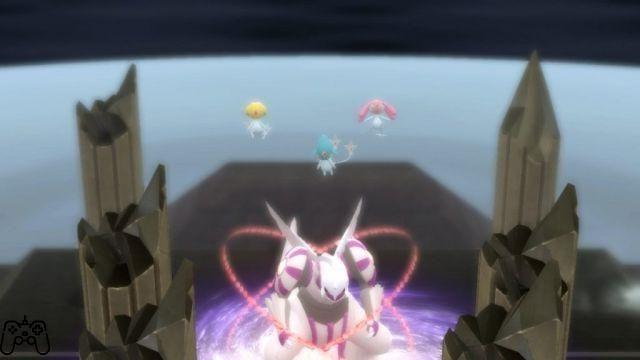 The legendary Pokémon Dialga and Palkia are exclusively blocked on both versions of the game, but to get a full Pokédex you will both need to be registered. Well, how can you do it? It's simpler than you might think.

To get the first Legendary Pokémon in the game, you will have to face Team Galaxy at the top of Mount Coronet. At the climax of the match, you will have the option of catching Dialga or Palkia, depending on which version of the game you have.

After that, go to Celestic Town. This is the area you had to reach after clearing the Psyduck block and clearing the path to it. If you've forgotten where it is, Celestic Town is east of Eevopolis and northwest of Solaceon Town.

So when you arrive, make your way to the largest building in this quiet neighborhood. It is north of the ancient cave. Once inside, he talks to the old man dressed in purple. He will show you an ancient book that contains information about Dialga or Palkia. Even if you haven't seen or caught this Pokémon in battle, this interaction with the elder will count on the Pokédex.

Another elusive Pokémon to be found in Shining Diamond and Shining Pearl is Burmy. It can be found on honey trees throughout Sinnoh.