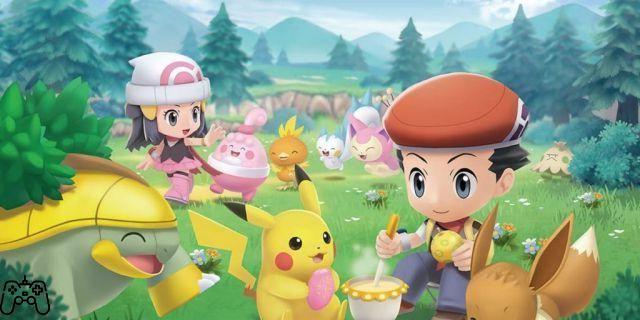 The Choice Scarf is one of three “Choice” items obtainable in post-match Pokémon Shining Diamond and Shining Pearl that provide significant boosts to one of your Pokémon's stats, hindering its offensive options. When held by a Pokémon, the Choice Scarf increases the wearer's Speed ​​by 50%, but allows the wearer to use only one of its four moves. Here's how to acquire this piece of equipment in Generation IV remakes.

The Choice Scarf can be purchased for 25 BP at the Exchange Service Corner (BP Shop) in the Battle Park. To earn BP, take on the trainers in the Battle Tower, where you will be rewarded with BP for each room you complete. You can only enter this area after defeating the Elite Four and unlocking the National Pokédex, so this is not an item you will encounter throughout the game's story.

Once you acquire the item, equip it as you would any other held item and your Pokémon's Speed ​​will receive a 50% buff. The Speed ​​stat is vital in Pokémon battles, as it determines who attacks first. However, keep in mind that any Pokémon holding this item will only be able to use one move; it's up to you which one. Pay attention to who you are giving this item to, which attack you want to use and who your opponent is.