Why are there rings and portals in Pokémon Go? 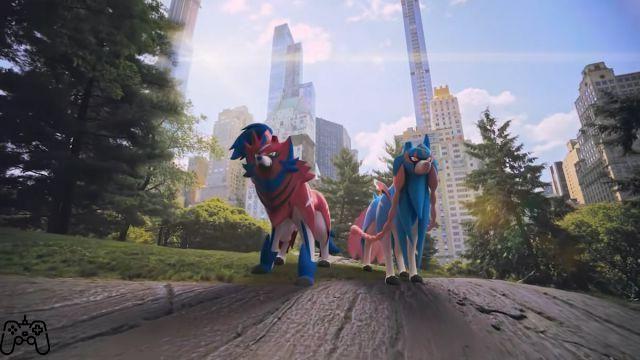 Pokémon Go players may be looking up and wondering what's going on right now. During the Ultra Unlock Part 3: Sword and Shield event, many Pokémon from the Galar region appear around the world due to these portals. Where did the rings and portals come from and why are they in Pokémon Go?

The main reason for the numerous rings and portals is due to the mythical Pokémon, Hoopa. It appeared on the final day of Pokémon Go Fest 2021 in mid-July when it brought several Legendary Pokémon from the entire game for Pokémon Go Fest players to battle against them.

Now, for the Sword and Shield event, Hoopa is causing even more chaos by bringing Pokémon originally discovered to the Galar region. These Pokémon include Falinks, Skwovet, Wooloo, and the legendary Pokémon Zacian. Other Galar Pokémon, such as Galarian Zigzagoon, Galarian Stunfisk, Galarian Darumaka, and others, have already been in the game for over a year. However, they also reproduce at a faster rate in the wild, in raids and 7km eggs.

Basically, the rings and portals in the sky form the backdrop to the ongoing event in Pokémon Go. We can expect them to continue to stay in the sky until the event ends on August 31 in your area. These do nothing and you cannot interact with them.

add a comment of Why are there rings and portals in Pokémon Go?