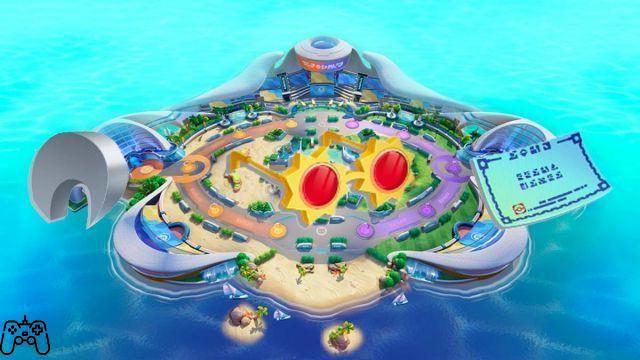 To celebrate its launch on mobile devices, Pokémon Unite has entered Season 2 and has added a ton of updates and new content to the game. Some of these updates include a Holowear spacesuit for Gengar, Unite Squads, and a new UI look. But perhaps most intriguing of all are the new Held Items added to the game: the Weakness Policy, Choice Specs and Razor Claw. Here's what to expect from each of these new held items.

At its basic level, Pokémon Unite's in-game description says that the Weakness Policy “increases the Pokémon's attack for a short time by at least 2% when the Pokémon takes damage. This increase grows more times you receive the damage ”. At level 20, that minimum increases to 3%. If reached the maximum level of 30, the Policy of Weakness will also increase the Pokémon's HP by 210 and the basic Attack by 15.

The Weakness Policy would perhaps be a good choice for an attacking Pokémon, especially a melee-style attacker who tends to throw himself in the middle of danger.

As it turns out, taking some great fashion advice from Elton John, the effect of these Choice Specs is as applauding as their looks. At their base level, Choice Specs increase “move damage by a minimum of 40 when they hit. The higher the Pokémon's Special Attack, the more damage it increases. " At level 20, the minimum rises to 60. The maximum stat boost for Special Attack, at level 30, is 39.

The rules of the Razor Claw are particularly intriguing, as it is specifically geared towards being more powerful for melee Pokémon. When holding the Razor Claw, “after the Pokémon uses a move, its next basic attack does a minimum of 10 more damage. The higher the Pokémon's Attack, the more this damage increases. " This minimum goes up by 5 for every ten levels. Additionally, "when this item is held by a melee Pokémon, this basic attack also reduces the movement speed of opposing Pokémon for a short time." At level 30, this item increases Attack by 15 and critical hit rate by 2,1%.

Since Razor Claw's power is affected by the Pokémon's basic attack, it could potentially be devastating when paired with the Muscle Band. Also, due to the added power-up for melee Pokémon, it could prove extremely useful for characters like Charizard, Wigglytuff, Talonflame, Snorlax, Gengar, etc.

The new Pokémon Unite update also came with the ability to earn Super Item Boosters, which automatically level up an item to level 30 and refund any previously used Item Boosters on that held item.

add a comment of All new kept items added in Pokemon Unite: Season 2