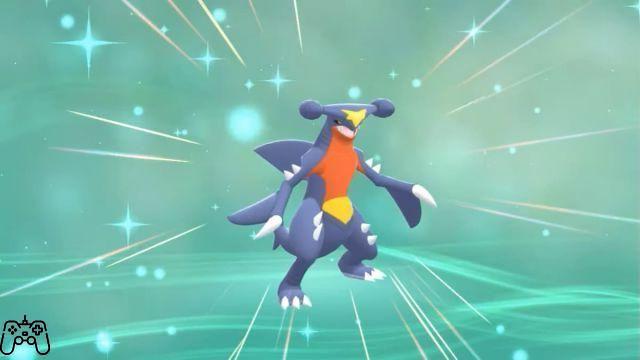 Garchomp is one of the most powerful non-legendary Pokémon you'll encounter in Pokémon Brilliant Diamond and Brilliant Pearl. When you reach the final battle against Cynthia to decide the Pokémon champion, this will be one of the hardest enemies to overcome. Here are some moves and Pokémon you should use against Garchomp.

What is Garchomp weak against?

Garchomp is a dragon and ground type Pokémon that evolves from Gabite and Gible. To take advantage of this, you'll want to use ice moves first if you have them. They are the most powerful against dragon types, so if you have Ice Beam or Blizzard, trust them. If you don't have any of these, focus on the fairy or dragon moves against it. Moon Blast, Roar of Time, Outrage or Dragon Hammer are our recommended moves.

As for the moves to avoid, Garchomp won't take any damage from electric moves and is strong against fire, rock, and poison moves.

As stated above, ice moves are the most powerful against Garchomp, but there aren't many choices from that category. Abomasnow is probably the best pick from that list of Pokémon with Mamoswine and Weaville taking up the back. Otherwise, you'll want to rely on Ice Beam or Blizzard teaching any other Pokémon that can learn it.

Outside of ice-type moves, Palkia or Dialga can be strong against Garchomp and survive his attacks better than others. Other strong choices include Gardevoir, Togekiss, Gengar, and Mew.

As for which Pokémon to avoid when fighting a Garchomp, you specifically want to avoid anything with low defense. Unless they can get past Garchomp, he'll take them down in one fell swoop with his powerful attacks. Avoid Fire, Rock, and Electric type Pokémon at all costs.