How to get Eternatus in Pokémon Sword and Shield 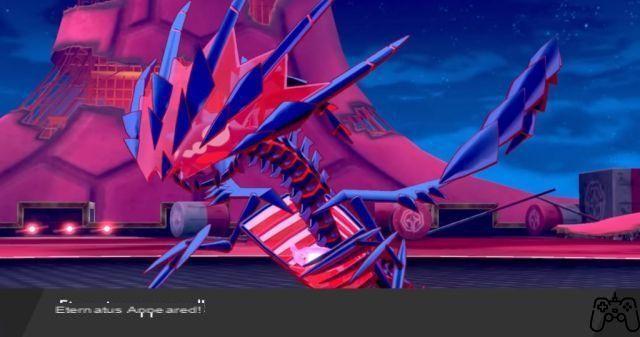 Towards the end of the game, you will find yourself facing Eternatus in Pokémon Sword and Shield. Combat is a battle against the maximum raid, and luckily, you will have three fighters with you to fight it.

Because this happens at the end of the game, we'll be talking about story spoilers.

Before starting the fight, it is essential to note that Eternatus is a Poison and Dragon type Pokémon. You'll want to pick up a Ground, Psychic, Ice, or Fairy-type Pokémon. Dragon types are also weak against other dragon types, but you have four different choices to choose from to fight it, so we recommend those first four selections.

The encounter takes place towards the end of the game, so it is impossible to lose this Pokémon. The engagement will take place in Hammlocke's energy plant before players fight Leon in the final story battle after they beat President Rose.

When you first face off against Eternatus, it will be a one-on-one fight. After defeating him for the first time, he will transform into the Dynamax version of himself, so Hop will come in to assist you. During the fight, you and Hop take the ancient Sword and Shield artifacts, summoning Zacian and Zamazentra. You will have those two Pokémon that will help you, along with yours and Hop's chosen Pokémon. You can change your choice during this fight, unlike traditional Max Raid battles.

At the end of the fight, you must capture Eternatus and it will be a guaranteed capture. You can use any Poké Ball you want on it and you will add it to your collection.

Audio Video How to get Eternatus in Pokémon Sword and Shield
The review of SoulCalibur VI, between single player and news ❯