How to get Pokérus in Pokémon Brilliant Diamond and Shining Pearl 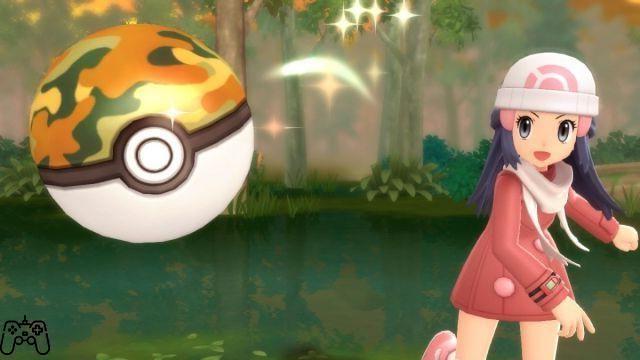 First introduced in Pokémon Gold and Silver, Pokérus is a virus that the Pokémon in your party have a minimal chance of contracting after each battle. Unlike most known viruses, Pokérus is actually one you will want to get, as it has no negative properties and also doubles the rate at which infected Pokémon gain Effort (EV) values ​​after a battle, allowing them to quickly reach their full potential. Here's how to contract Pokérus in Pokémon Brilliant Diamond and Brilliant Pearl.

After each battle, there's a slim chance that one of your team's Pokémon will catch Pokérus - 3 in 65.536 to be exact. The odds of contracting the virus are exponentially higher than the chance of encountering a shiny Pokémon, and unlike the brilliant hunt, there's no way to lower the odds in your favor. You can check if your Pokémon is infected or not by viewing their summary page; the word “Pokérus” will appear under the experience gauge of your Pokémon if they are infected. Alternatively, the Pokémon Center nurses will notify you of any infections if you heal one after being infected.

Once you've acquired an infected Pokémon, spreading Pokérus to the rest of your party is simple. Place the Pokémon you wish to infect directly above or below the infected Pokémon in your formation, battle some trainers / wild Pokémon and the virus should spread to one of the adjacent Pokémon. Any Pokémon infected with Pokérus will produce double the EVs it would have before infection after a battle. For example: defeating a Spiritomb normally produces a Defense EV and a Special Defense EV. Beating one with a Pokérus-infected Pokémon produces two EVs in those categories.

The Pokérus eventually disappears after a few days, but even after a Pokémon is healed, it will continue to gain EV at a faster rate. However, it will no longer be able to infect other Pokémon with this rare and highly beneficial virus. Thankfully, you can extend Pokérus' transmission period simply by placing your infected Pokémon in your PC, where they will remain infected indefinitely until you take it out for a few days.