The best defenders of the gym in Pokémon Go 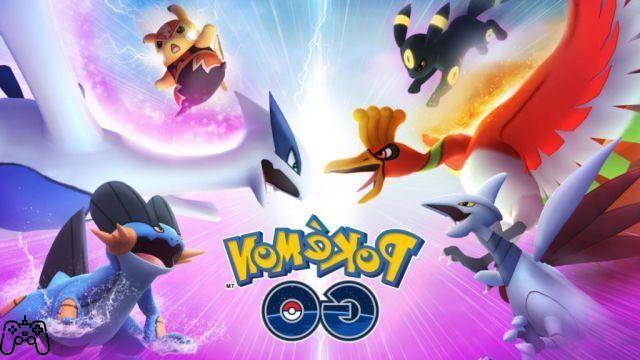 Defending a gym in Pokémon Go is an indirect way of engaging in combat between players and players. Since you don't directly control the Pokémon when defending a gym, you have to think about who you want to choose to leave behind. When you leave a Pokémon in the gym for more than 24 hours, you receive 50 PokéCoins, which is the game's premium currency.

There are a few factors to consider before deciding on your choice of Pokémon. For starters, the location of the gym should be considered. For example, a gym in the middle of a shopping mall or on a street corner in a busy city likely has many trainers visiting and fighting constantly. This means you probably don't expect your Pokémon to stay there for 24 hours, left on their own for an hour, regardless of their strength. Enemy Trainers can retry multiple times to eliminate them.

You need to find a great place to drop off your Pokémon where not too many people visit but also has a considerable variety of Pokémon from other trainers on your own team. The wider the variety of Pokémon in the gym, the more Pokémon an attacking trainer has to use to fight.

For example, if there is already an Onix and a Golem in the gym, you don't want to leave another Rock or Ground type because a trainer can only use one type, such as a Water Pokémon, to take them all out. You may want to leave a weed or electric type there, forcing an attacker to rely on a variety of choices as well.

Considering these choices, when you want to leave a Pokémon in the gym, you also need to think about a Pokémon with the fewest weaknesses. The best typing options include Steel, Dragon, Fairy, Ghost, and Psychic-types. There are particular typing types, such as Water-type and Ground-type Pokémon that are weak to only one, in this case, Grass-types. If you have one, you can force an attacking trainer to optimize a choice, making it difficult to hire a gym.

If you keep these details in mind, here are the best choices for Pokémon to defend a gym.

Swampert is a great Pokémon to use in the player versus player mode, the Battle League, and is an excellent option for protecting a gym. It is a Water-type and Ground-type, which means it is only weak to Grass-type Pokémon and their attacks. When you have one that knows mud blast and hydro cannon or water gun and surf, you can hold a reliable position to earn the maximum number of PokéCoins.

Snorlax is a unique choice because it is a Normal-type Pokémon, but it is weak only for fighting types. What makes Snorlax an ideal defender is his health. Due to the absurd amount of health it has, some trainers may need two Pokémon to take it down if they don't have a combat type to use against. You can make your Snorlax even more deadly by making sure it knows how to lick and hyper-beam or lick and outrage, the latter of the two being a Dragon-type attack.

Metagross is another solid choice for defending a gym. He is a Steel and Psychic type, which makes him weak to Dark, Ghost, Fire and Ground type attacks. While it is weak for more attacks than you would normally want from a defending Pokémon, it is a powerful option capable of having exceptionally high attack and defense. His best moves consist of a bullet hit and a meteor hit or a Zen header with a meteor hit.

Garchomp is one of the most powerful Ground-type Pokémon in the game and is also a dragon type. He's doubly weak for Ice, which is a significant downside to doing so, but otherwise, he's a powerful contender in any fight. You may not want to hit the road with your Garchomp to hit the gym for a couple of days, but if you want Pokécoins, it will definitely come back with plenty to put in your pocket. His best moves consist of Dragon Tail and Earthquake or Mud Shot and Outrage.

Tyranitar is a powerhouse in any combat scenario capable of inflicting a lot of damage. The huge drawback is that it has a variety of different weaknesses that an attacking trainer can take advantage of. If you're willing to double that risk, Tyranitar is never too bad to protect a gym, primarily one with high defense and attack. You want him to know how to crush and the stone edge or the bite and the stone edge.