The best moveset for Mesprit in Pokémon Go 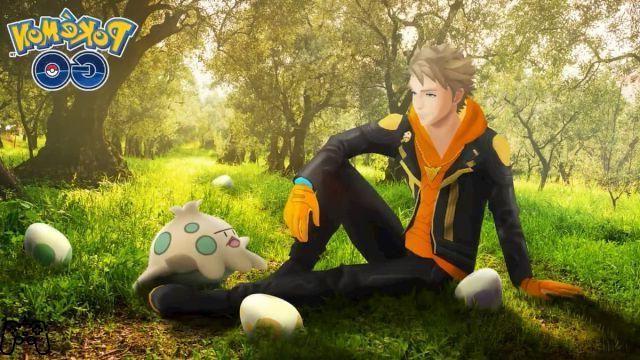 Mesprit is one of the Lake's three Legendary Pokémon. You can catch them for a limited time in Pokémon Go. Although to catch all three, you'll need to have access to a remote raid pass to fight alongside other trainers, or you'll have to trade for one. Regardless of how you get it, Mesprit and the others will be available to add to your collection by participating in five-star raids.

Mesprit is a Psychic-type Pokémon, like the guardians of the lake. It is weak to Bug-type, Dark, and Ghost-type moves. But it is resistant to Fighting and Psychic-type attacks. It has a maximum CP of 3.058, an attack of 212, a defense of 212, and a stamina of 190. It's the one that ranks right in the middle of the three legendaries. But despite being at the center of all stats, you probably won't see him appear too often in PvP battles against other managers.

These are all the moves Mesprit can learn.

Despite Mesprit being right in the middle of the three, he suffers from the same problems as Azelf. Like the other three, Mesprit can only learn confusion and extrasensory, and of the two, confusion is the best option.

Now, when it comes to charging moves, this is where the biggest problems occur. Given the other choices, you want to throw them away right away; it won't work very well in combat. Future Sight is the best approach to any encounter, so make sure Mesprit has that. For the second choice, blizzard is the best choice, but it requires too much energy. It will take forever to use, and it won't do enough damage to affect other Grand League or Ultra League Pokémon.

Unfortunately, Mesprit isn't the best choice to use in PvP. He will be slightly better than Azelf, but not as good as Uxie. Even though Mesprit uses his best set of confusion moves for his quick move and then future sight and blizzard for his charge moves, it's best used in raid battles if you use it at all.

Audio Video The best moveset for Mesprit in Pokémon Go
What is the average KD ratio in Call of Duty: Warzone? ❯