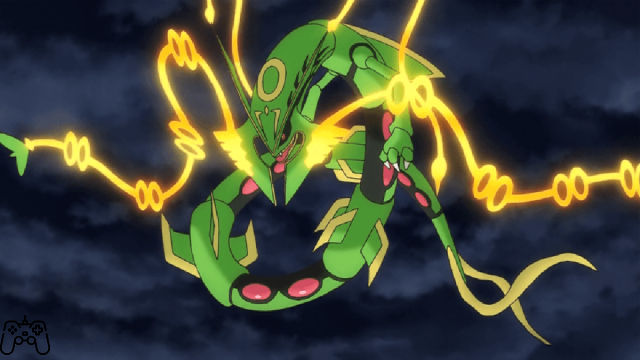 Pokémon has proven itself over and over again as one of the most beloved franchises in history. This is largely due to the eye-catching designs and abilities of these wonderful creatures. In this list we will look at these abilities to determine who is the strongest Pokémon of all time. Of course, there are many metrics by which we could examine Pokémon strength, so let's be clear in the rules we set ourselves when deciding how to measure strength.

Each Pokémon can only appear once in the list, and a change of form will count as the same Pokémon even if it changes stats and / or abilities. Strength is defined as how good the Pokémon is at fighting in the main series game. And finally, this list will look at Pokémon as they exist right now, not as they existed in their peak destination, although Pokémon of all generations will be considered.

Even at number 20, Deoxys-Attack is nothing to scoff at. While the Pokémon boasts four different forms, which are omnipotent in their sense, Deoxys-Attack is simply above the others in part due to the fact that it is the fifth fastest Pokémon in the entire series, even though it has a module designated for the speed. It has a solid move pool that includes the Psycho Boost signature move and crazy fast wall breaking potential.

Also gifted with a change of shape is Giratina; his Origin form is among the best Defog users in the top tier of competitive battles, where more often than not, having a good field setup and status effects reigns supreme. When combined with a STAB Hex and Will-O-Wisp, Giratina and Giratina-Origin are both safe threats.

Now you might think Dawn Wings Necrozma is better than Lunala, but much to our collective surprise, it really isn't. Not to mention, we would classify that form as Necrozma rather than Lunala, despite the Pokémon franchise's recent obsession with making that line rather unclear. With better speed stat and also arguably better ability in Shadow Shield, Lunala quite severely beats Dawn Wings Necrozma and frankly almost all other offensive Pokémon.

Although generally considered the weaker counterpart of the Tower Duo, Lugia is still one of the most incredibly bulky walls in the game. Despite many years of other Pokémon getting alternate forms and more thoughtful stat distribution, Lugia is still a force to be reckoned with mainly due to the huge defensive stats it has. With access to Roost in combination with her Multiscal ability, Lugia is a seriously robust threat that is generally more than happy to land Toxic and wait for you as you struggle to dent her health as well.

Originally an internet for a design seemingly inspired by French pastry, Mega Salamence is actually the only non-legendary / mythical Pokémon to make this list - sorry, Gengar fans. While this Pokémon is still strong enough before Mega Evolution thanks to its Intimidate ability, it rises to an entirely different level once it Mega Evolves because it has access to more firepower and Aerilate too, turning the thick lackluster double strand into basically a Salamence flavored Brave Bird.

The trio of the Trio Master of the Forces of Nature should be expected to be strong, and Landorus certainly proves more than capable. What makes this Pokémon so high is the fact that it has two different type immunities due to its type, while also having only slightly more speed than most other wallbreakers in the Ubers metagame. These unique perks combined with a great movepool for abusing Sheer Force make it clear that Landorus has earned its place among the greats.

Zekrom is another case where less is more, as it turns out that merging with Kyurem to make Kyurem-Black makes this Pokémon weaker due to its type change. As an Electric and Dragon-type Pokémon, Zekrom has great typing for threatening other big hitters, and is one of the best Dragon Dance users ever released. Thanks to its Teravolt Ability, it can also break through some of the more famous abilities of other Pokémon such as Multiscale and Wonder Guard.

Since the introduction of Heavy Duty Boots, Ho-Oh has finally been able to shine. With Stealth Rocks no longer tearing it to shreds, Ho-Oh displays the dual threat of being a great Defog user with Regenerator or being a high damage attacker thanks to Sacred Fire, Brave Bird, and Earthquake blessing his pool of moves. If you happen to watch any Pokémon battles in tournaments where Ho-Oh is legal, expect to see it a lot, as it is quite popular as well as being very strong.

Having the second highest base Special Attack in the game is sure to make you a huge threat, and Primal Kyogre takes that literally. This real Pokémon whale can both trigger rain and disable Fire-type moves with the Primal Sea ability. The real fear of this Pokémon is that it has a base STAB move of 150 in Water Spout, which can be boosted by Calm Mind. That one-move threat also happens to sit on a strong Special Defense stat and a decent health stat, meaning you're unlikely to OHKO this Pokémon.

Calyrex may be the newest Pokémon on the scene, but in terms of battle prowess, it wasn't born yesterday. Calyrex-Shadow is our pick for the best form of Calyrex as it has incredible attack strength without the huge price in speed that Calyrex-Ice pays. Since One (Spectrier) is a very threatening ability in terms of sweep potential, and with STAB Astral Barrage, that potential can come true. This Pokémon also has great utility thanks to access to Aromatherapy, which means it can be a huge threat of damage and also a lifesaver for a team destroyed by status effects.

Marshadow deserves its Ghost type, as it makes a alarming striker. The Pokémon appears to be designed to counter whatever you are doing. Do you have a held item? So he can use Poltergeist. If you try to increase your stats, he can steal those stats using Spectral Thief. Do you want to attack first? Marshadow has Shadow Sneak and the Technician skill, which means Shadow Sneak will hit 50% harder than usual. Typically, you won't even need to use a priority move to outrun you as only five other Pokémon on this list can even outrun it.

There are two very simple reasons why Xerneas is on this list. The first is that it is the only Pokémon that can learn Geomancy, which is probably the best move to increase the game's stats. The second is Fairy Aura, which makes getting hit by Moonblast a death sentence for any Pokémon not particularly bulky with Special Defense or resistant to Fairy-type moves. These two strengths don't even come at a cost, as Xerneas itself is tough enough even though it's generally considered an offensive Pokemon.

Zygarde is a bit of a strange case. The best form of Zygarde is Zygarde-Complete, although to get this form you need Power Construct on Zygarde and have less than 50% health. Thanks to Substitute, you can generally guarantee that this change will take place, but even without the shape change, this Pokémon is very threatening. Gamefreak decided that Zygarde needed four different signature moves, but Thousand Arrows ranks above the rest as the most useful move. This move removes Ground-type immunity from Flying-type Pokémon, meaning that Zygarde is perhaps the most threatening user of Ground-type attacks.

Groudon, just like Kyogre, has access to a Primal form. In this form, he gains the Wasteland ability which completely removes a 4x weakness by disabling all damaging Water-type moves. Featuring the fourth highest attack in the game, Primal Groudon is quite simply a force. Competitive fighters partially judge entire teams on whether or not they can consistently respond to this monster. It can set up your Stealth Rocks, sweep with Swords Dance, stall your enemies because it has huge stats and Toxic, and outrun your enemies because of Rock Polish.

In a world where every Pokémon can Dynamax, we've been given Eternatus' proven answer and its signature move Dynamax Cannon. Dynamax Cannon is a move that does double damage to Pokémon that are Dynamaxed and has a base power of 100. Due to Dynamaxing's ubiquity, you might actually see this as meaning that Eternatus has received a move that hits a High priority target with a base power of 200. This does not include the advantage he gains as a Poison-type: not being poisoned and being a Black Sludge owner.

How loud does Necrozma's move "Light That Burns The Sky" sound? Well, he has a base power of 200, ignores his target's abilities, and also bases his damage on your highest offensive stat. It might be the best move in the game, but Necrozma-Dawn Wings can learn it too, so what makes Necrozma-Dusk Mane better? Well, the Prism Armor ability mitigates some super effective attacks, making him an ideal Weakness Policy holder. Necrozma-Dusk Mane's only real weakness would be Speed, but since it has Trick Room, that weakness goes away. He also has Stealth Rocks and Dragon Dance ...