As of yesterday, a new one is available challenge of the gods in Assassin's Creed Origins, as well as a special quest dedicated to Final Fantasy XV, events that allow you to unlock both the full of Anubis than the long-awaited Chocobo as well as an unprecedented sword and shield.

Join our community on Discord 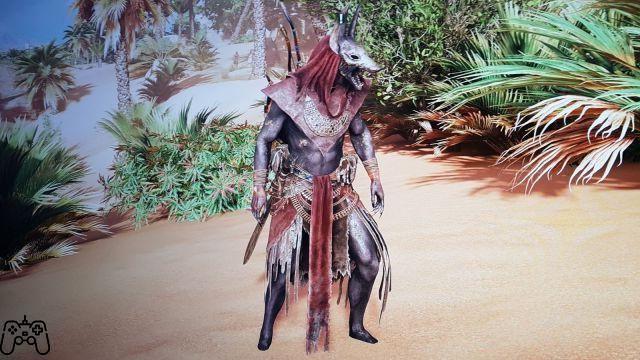 How to unlock new content in Assassin's Creed Origins

If you have participated in the challenges of the previous gods, you will surely have obtained the sword, shield and staff of Anubis, all that's left for you to do, to unlock the complete Anubis you see in the photo above, is to re-complete one of the challenges of the gods to choose from Anubi, Sobek e Sekhmet.

If, on the other hand, it is the first time that you try your hand at the aforementioned challenges, you will have to complete 4, as the 4 components of the armor are required to complete the set. By completing the challenge of the gods for the fourth time, you will receive over the dress of Anubis, also a powerful new bow.

Now you can equip everything from your inventory, finding the final set of Anubis. Beyond this, Ubisoft has released a new special level 23 quest, which allows you to unlock sword, shield and Chocobo from Final Fantasy XV and revised in an Egyptian key. 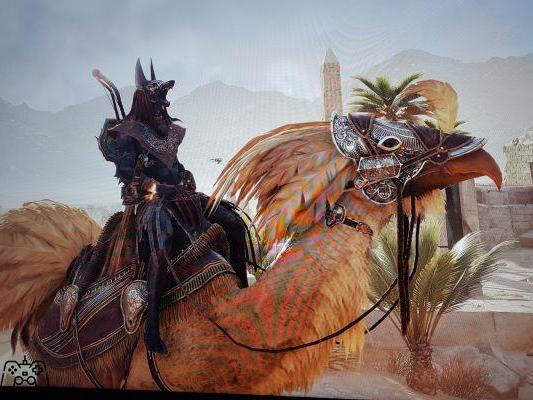 To get them, go to the pyramids of Giza, will you notice a new one? on the map, the quest is called "A gift from the Gods", You will have to proceed as follows to complete it, receiving the honored reward:

Now you can collect the new and luscious loot! Don't forget to consult ours Guide su Assassin’s Creed Origins!

Audio Video Assassin's Creed Origins: How to get the Anubis outfit and Final Fantasy XV content
Where to find Finneon in Pokémon Brilliant Diamond and Brilliant Pearl? ❯

Assassin's Creed Odyssey: How to solve the riddles of the Sphinx

add a comment of Assassin's Creed Origins: How to get the Anubis outfit and Final Fantasy XV content